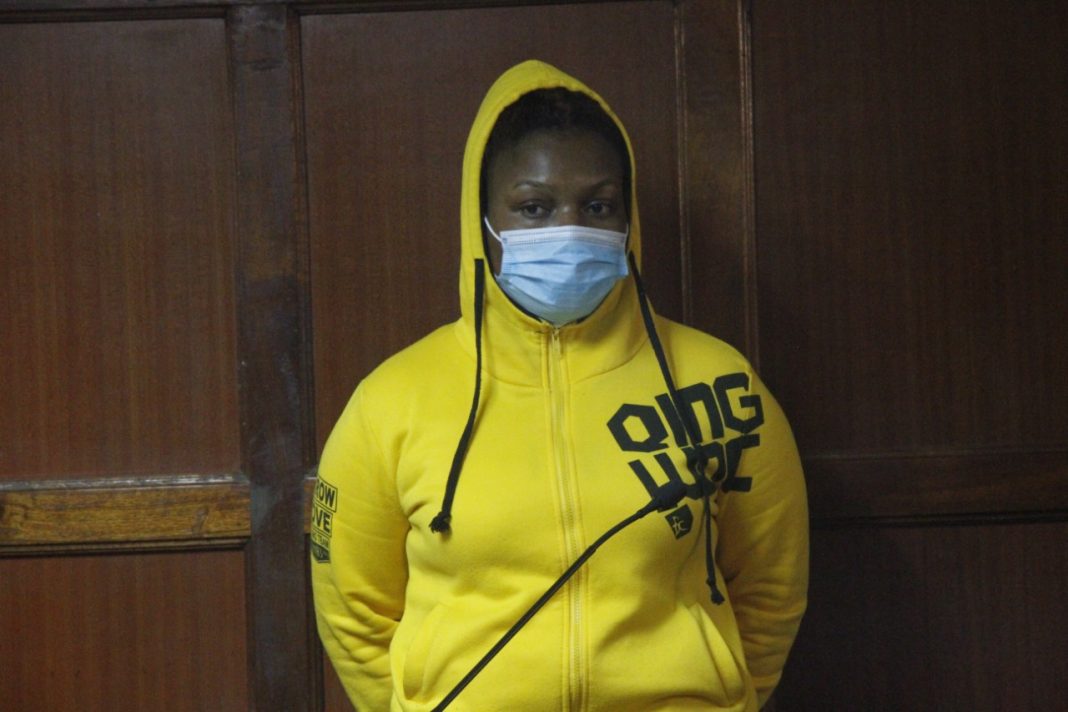 Caroline Njeri Mucheri was arraigned in court where she faced charges of stupefying to commit a felony contrary to the Law.

According to the charge sheet, Caroline Njeru on May 29, 2021, at Rystas Guest House administered Salicylates Poisoning a Stupefying drug to Bernard Cheruiyot Chirchir.

Further, she was charged with stealing contrary to the Law.

The facts of the charge is that on the same date she stole one Huawei mobile phone, Equity ATM card, National identity card, and cash all valued at Ksh 1,128,200, the property of Bernard Cheruiyot.

Appearing before Chief Magistrate Micheni Wendy of Milimani Law Courts, the accused person denied having been engaged in any of the offenses and was released on a cash bail of Ksh 500,000.