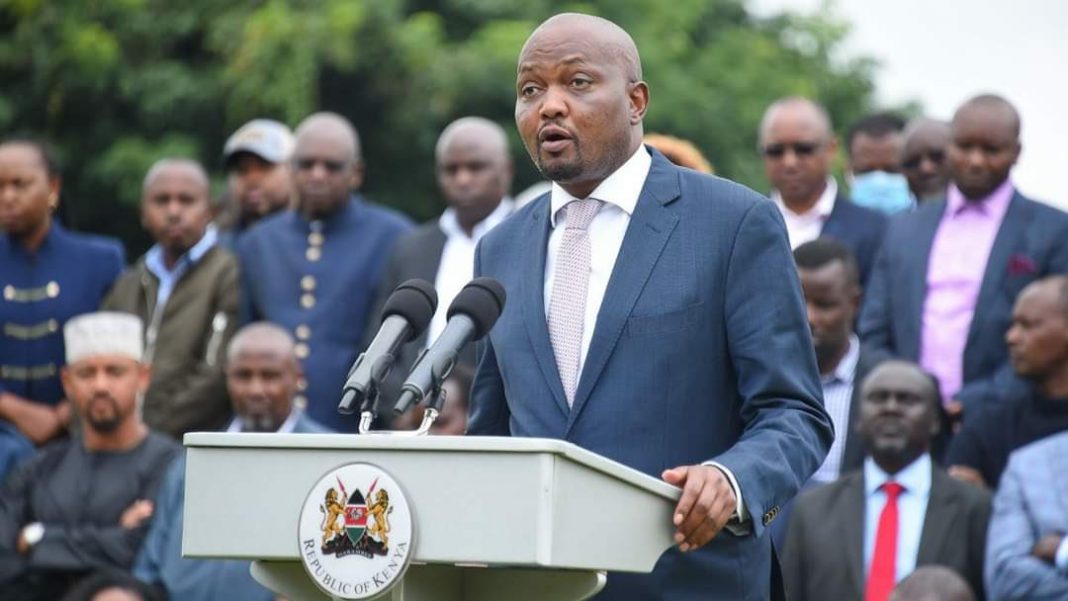 With six million voters, the large Mt Kenya region has become a battleground for presidential candidates.

To influence voters, the leaders want to appoint a running mate from Mt Kenya.

A meeting of prominent regional politicians on Monday declared that the Deputy President’s appointment from Mount Kenya is non-negotiable.

“The position of Deputy President coming from Mt Kenya region is not negotiable. Whereas we cannot stop anyone from the region from vying for the presidency, that will be an individual pursuit.” read part of the statement.

After a meeting with 47 MPs at Aberdare Prestige & Royal Cottages in Nanyuki two weeks ago, Ruto has already stated that he will choose a running mate from the region.

Raila has made incursions into Mt Kenya and welcomed various delegations, despite the fact that he has not openly launched his presidential candidacy. He was earlier spotted issuing a warning to Peter Kenneth, a former Gatanga MP who has accompanied him to different engagements in Central and Nyanza.

Insiders have also suggested that a combination ticket with either Agriculture Cabinet Secretary Peter Munya or Laikipia Governor Nderitu Muriithi may be formed.