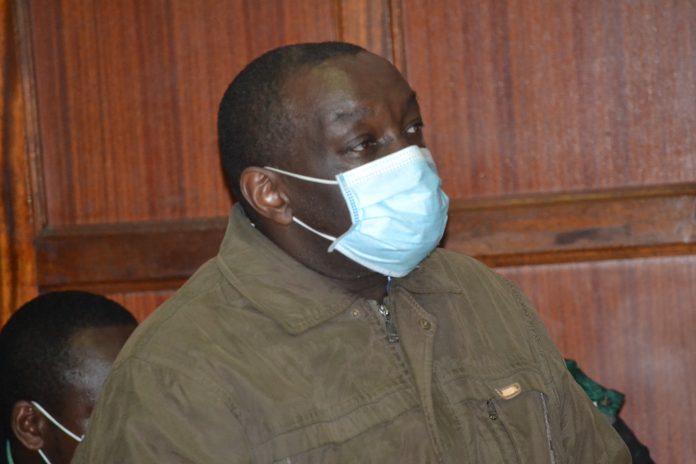 A suspect of conspiracy to commit a felony was today charged with the offense in two accounts at the Milimani law courts. – By Meshack Makau

Anthony Muigai Thuo was said to have on the first account conspired with others not present before the court to steal from Chase Bank Kenya Limited Ksh. 12,504,000 between the dates of June 12 and July 18, 2018.

On the second account, the suspect was said to have jointly with others stole Ksh. 150,000 through his Chase bank account.

In an alternative charge, Mr. Thuo was said to have dishonestly received Ksh. 150,000 in his Chase bank account.

Appearing before chief magistrate Martha Mutuku, the accused pleaded not guilty of the charges. He was released on Ksh. 200,000 with an alternative cash bail of Ksh. 100,000. His case will be mentioned on January 26, 2020.