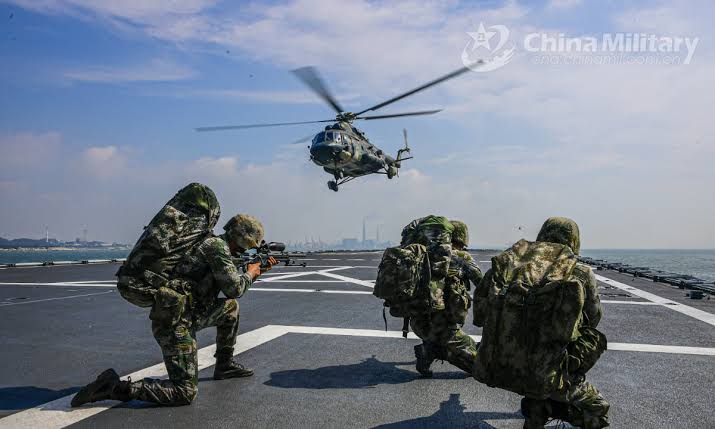 China is kicking off its biggest-ever military exercises in the seas around Taiwan following US politician Nancy Pelosi’s visit.

Taiwan said China was trying to change the status quo in the region.

Ms Pelosi made a brief but controversial visit to Taiwan, which China regards as a breakaway province.

The drills are Beijing’s main response, although it has also blocked some trade with the island.

The exercises are due to take place in busy waterways and will include long-range live ammunition shooting, Beijing says.

Taiwan says it amounts to a sea and air blockade while the US said the drills were irresponsible and could spiral out of control.

Analyst Bonnie Lin told the BBC that the Taiwanese military would react cautiously but there was still a risk of confrontation.

“For example, if China decides to fly planes over Taiwan’s airspace, there is a chance that Taiwan might try to intercept them. And we could see a mid air collision, we could see a lot of different scenarios playing out,” she said.

Taiwan said it scrambled jets to warn off Chinese warplanes on Wednesday and its military fired flares to drive away unidentified aircraft over the Kinmen islands, located close to the mainland.

Taiwan has also asked ships to take different routes and is negotiating with Japan and the Philippines to find alternative aviation routes.