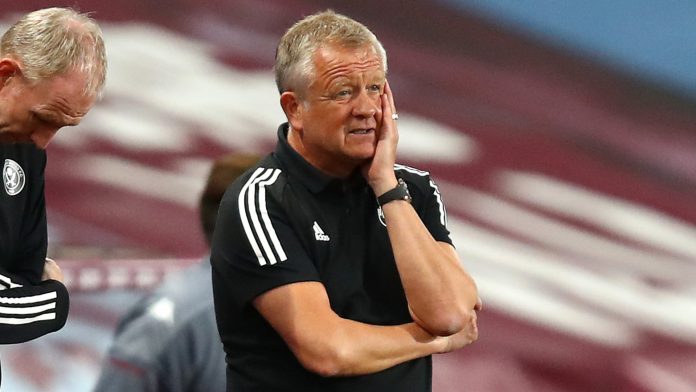 Konsa headed in fellow defender Tyrone Mings’ flick-on in the 63rd minute after Matt Targett whipped a corner in from the left for the only goal of the game.

But Wilder questioned referee Graham Scott’s decisions to send off John Egan early in the game and not show a red a card to Villa’s Targett for conceding a penalty, which John Lundstram saw saved by Villa debutant Emiliano Martinez with the score at 0-0.