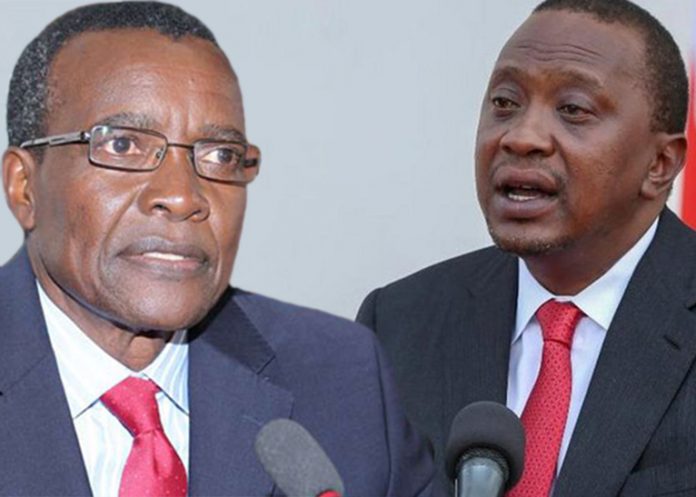 Chief Justice David Maraga has written to the President Uhuru Kenyatta, advising him to dissolve the Parliament, following its inability to enact a crucial aspect of the constitution.

According to Maraga, the two-thirds gender rule that is enshrined in the constitution is key in tackling gender inequality in the Kenyan constitution.

The move comes after the lapse of a 14 day notice by the United Green Movement (UGM) Party.

In the letter dated 9th September, the Women League threatened to protest upto his to his office once the 2 weeks notice lapses.

“If we do not see any action from you within two weeks of this statement, we will lead our women within the meaning of Article 37 of the constitution as read together with Article 3 in defence of the Constitution to your office. ” the Notice stated.

In his advice to the President, Maraga outlined that he had received a total of 6 petitions from different groups and the Law Society of Kenya urging the Executive to shut down parliament.

Maraga advised that the move would cripple economic recovery, but ignoring the parliament’s undoing could instead render the constitution useless.

“There is no doubt that the dissolution of parliament will cause inconvenience and even economic hardship…. We must never forget that more often than not, there is no gain without pain.” quoted Maraga.

Maraga said the move is a clear act that those who contravene the law get punished.

In the Kenyan Parliament representation of women has remained a bone of contention for several years, yet the power to change the narrative lies in the same house.

The Constitution of Kenya 2010 in Article 27(8) of the Bill of Rights provides that: “The state shall take legislative and other measures to implement the principle that not more than two thirds of the members of elective or appointive bodies shall be of the same gender. This provision is also reiterated in article 81 (b) on the principles of the electoral system and is commonly referred to as “the gender principle”.

On February 27, the national assembly refused to enact the gender bill by failing to avail the requisite quorum for a constitutional amendment which requires two-thirds of the members of the house to be present. The MPs not only failed to pass the bill but they also refused to show up to even allow for the possibility of its enactment.

The constitution of Kenya only recognizes women by creating special seats for women such as the election of 47 women in the national assembly, nomination of 16 women by political parties and one woman representing the youth and person with disabilities into the senate and county governments and in other decision-making bodies.

Despite being one of the most advanced democracies in East and Central Africa, Kenya’s parliament has the lowest number of women legislators, and fails terribly when it comes to equal gender representation. Countries like Rwanda and Uganda are far much ahead being ranked globally for having a balanced gender representation.