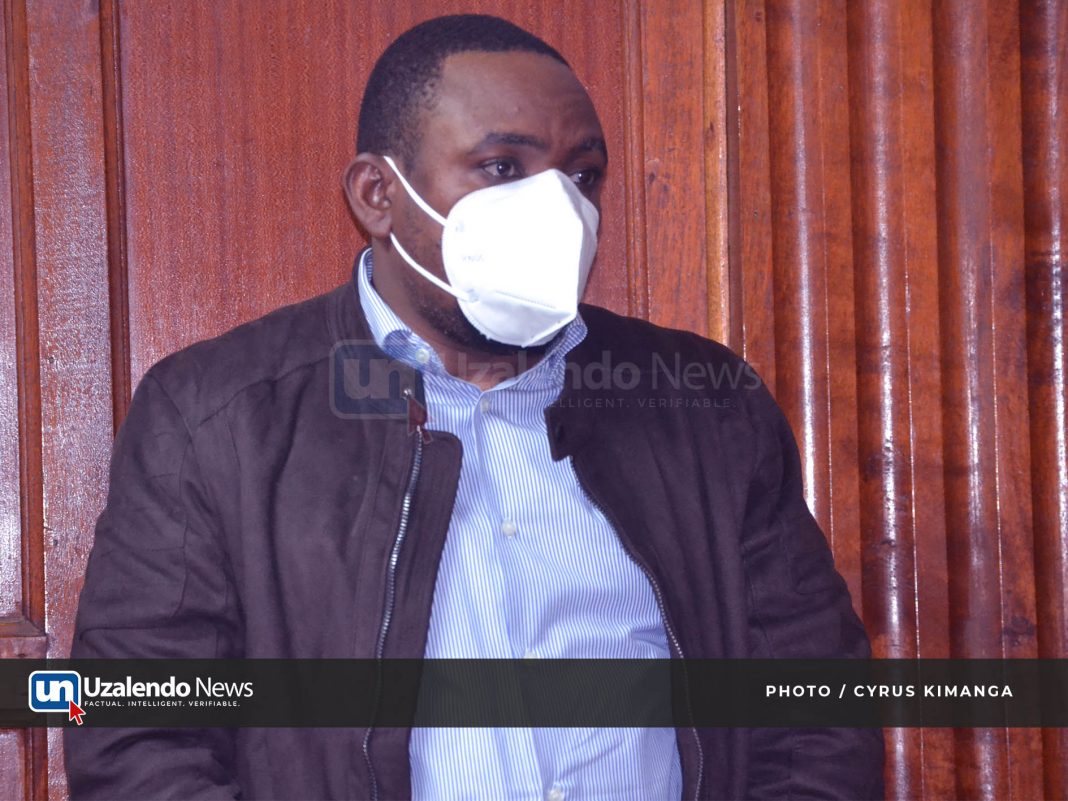 A Congolese man has been arraigned in court over an alleged sale of fake gold to a Ukrainian National.

Andre Kongolo Tshikunga, is said to have obtained US dollars 1,059,000 from Kovalenko Hennadh (Ukrainian national) pretending to sell gold to the complainant although the accused knew it was false.

Mr. Andre is alleged to have committed the offence between the month of January and November 2018.

The fraud was committed at the offices of Afrisolutions Company Limited within Nairobi.

He appeared before a Nairobi Court and denied the charges. Through his Lawyer Stanley Kangai he pleaded for a reasonable and lenient bond terms.

However the Complainant’s Lawyer opposed his release on bail terms stating the accused person is a flight risk and he has an unknown place of abode.

The Court ordered Andre to be detained at Capitol Hill police station until 17th January 2022 when the Court’s ruling on bail and bond terms of the accused will be delivered.

The said Ukrainian was lured into the Country as a way of duping him to syphon the said money through a false gold business.

Mr. Kongolo is said to possess dual citizenship of Kenya and DRC.

He is believed to be dealing in unidentified businesses including sourcing and selling gold then transporting it to various destinations.