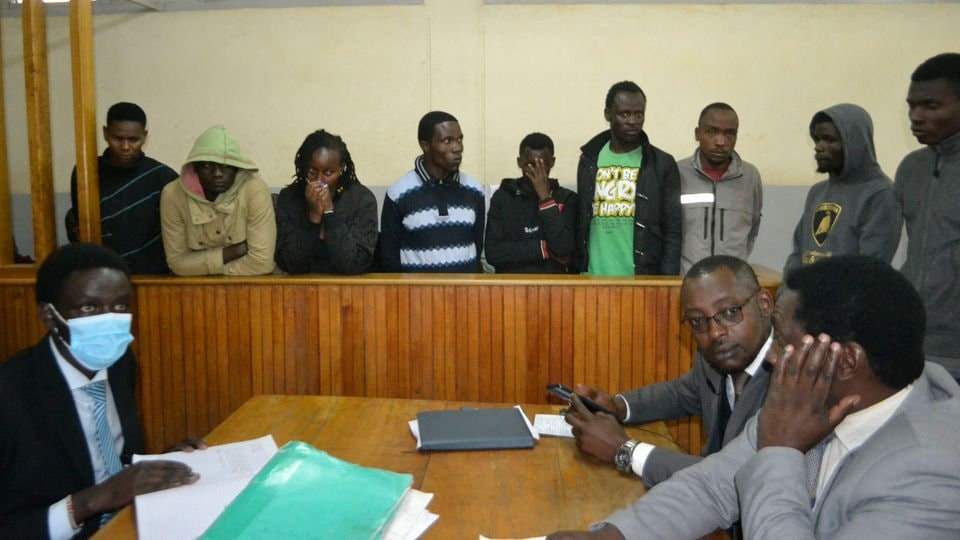 The nine Moi University students accused of distributing hate speech leaflets in parts of Uasin Gishu county have been released by Eldoret Law Courts.
The nine students were charged with distributing hate speech leaflets in the county in question. However, when they appeared before Principal Magistrate Onkoba Mogire at the Eldoret Court, they all denied the charges.
Ronald Odhiambo, Martin Rodgers, Josphat Chacha, Ian Muibanda, Brian Kipkorir, Denis Wakhanya, Beatrice Wanhari, Samwel Juma, and Ann Aoko were among the suspects.
Given the gravity of the offense, State Counsel Anthony Fedha urged the court to impose strict bond terms on the suspects.
All of the students had also pleaded with the court to grant them favorable bond terms due to their low socioeconomic status.
The students were charged in the first count with publishing false information in violation of Section 23 of the Computer Misuse and Cybercrime Act.
“On the 29th of July 2022, at Moi University in Kesses sub-county, jointly with others not before the court, knowingly published false information using a licensed computer system, namely a mobile device,” read the charge sheet.
According to the prosecution, the words were intended to cause panic, chaos, and violence among Kenyans.
On the same day, they were charged with publishing false information.
The students were not represented by an attorney.They were released on Sh1 million bond with an alternative cash bail of Sh500, 000 cash bail.
The case will be mentioned on August 22nd for pretrial.