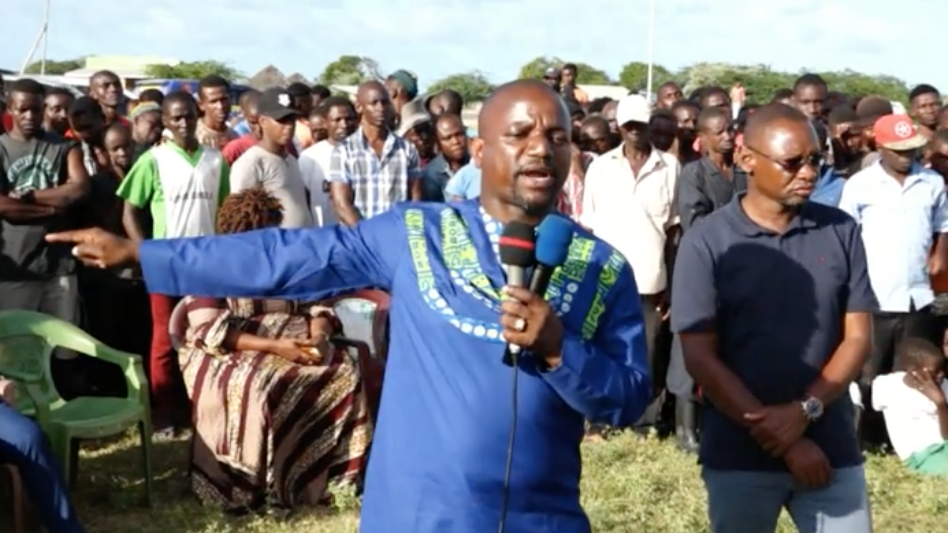 The Independent and Electoral Boundaries Commission (IEBC) has been told to conduct Free and Fair election next week.

The Pamoja African Alliance Leaders (PAA) says that it is only through that when Kenyans will be free to vote and exercise their rights.

The leaders led by PAA Gubernatorial Candidate George Kithi, Party Spokesman Lucas Maitha, Nominated Senator Christine Zawadi, Magarini MP Michael Kingi, and Senatorial Candidate Ben Kai said there was a need for the exercise to be conducted within the set timelines so as to be complete in time and allow people go back their businesses.

Speaking in Magarini during a series of rallies as the deadline approaches for campaigns they claimed that their competitors were planning to rig elections and had stopped campaigning to concentrate on how they would execute their ill missions.

Kithi said there is a plan by some Mombasa leaders who have pitched camp in Malindi to rig votes adding that the ODM leaders have stopped campaigns.

“Whoever will attempt to steal votes will face trouble we will not accept to be ruled by force, it is a must for pour vote to speak out and be heard so as to place our leadership,” he said.

He said the county government belongs to locals and it’s the community who will decide who their leaders are not just be forced to choose some leaders.

Kithi said if elected governor he would revive all collapsed industries including the cashew nut industry and establish Export Processing Zones to create job opportunities.

The Nominated Senator Zawadi said the campaign period is almost coming to an end and called on all residents particularly the youth to exercise peace during the election period.

She said the IEBC should ensure polling stations are opened within the stipulated time and closed within the time limits so as to give the people a chance to exercise their democratic rights.

“We do not want to see a scenario where polling stations which are supposed to be opened at 6 am are opened at 11 am we want them to open within the stipulated time so as to finish in time,” he said.

Maitha who is the PAA spokesman said the political party is the voice of the people and will be heard next Tuesday but does not want it to be stepped on.

“We do not want to hear any form of vi0olence, let the public go and vote and if they want PAA they should be allowed to vote for PAA,” he said.

Magarini MP and the Senatorial candidate for PAA Ben Kai also claimed some of their rivals had sensed defeat and were planning other means of rigging elections but warned them against saying tyhey6 would not succeed.

ODM Gubernatorial candidate Gideon Mung’aro on his part told Kilifi voters to reject the PAA candidates and UDA candidates as they were beneficiaries of the outgoing regime in corruption deals.