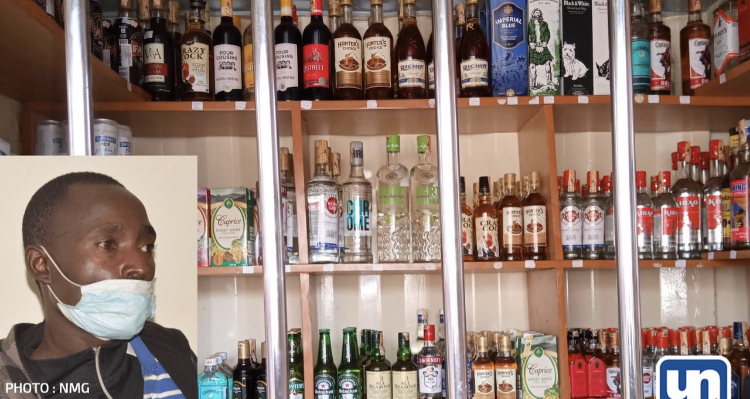 This comes after the convict pleaded guilty to the charges.

While pleading guilty, Mwanzia requested leniency from the court, stating that he was unemployed and cared for three children.

Mwanzia was charged with violating and committing a felony in violation of Section 306 of the Penal Code.

He was apprehended red-handed by Akila police station officers who had received a tip about the burglary while stealing from Westside Wines and Spirits in Nairobi West.

However, police officers confirmed that his accomplice escaped and that police efforts to apprehend him were futile.

According to police inventory, Mwanzia had a sub-woofer worth KSh 2,500, assorted alcoholic drinks worth KSh 11,910 and an electric kettle worth KSh 1,500.

Among the alcoholic drinks recovered from him were Johnny Walker, Jack Daniels, Richot, and Gilbey’s, among others.

The court however granted him 14 days right of appeal against the sentence if aggrieved.