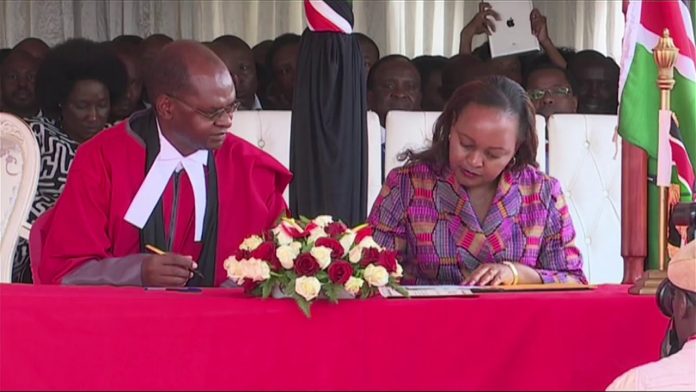 Kirinyaga Governor Anne Waiguru has been ordered by the Employment and Labour Relations Court to reinstate all 32 doctors who were fired in June 2019.

KMPDU previously filed an appeal with the Public Service Commission (PSC), which ruled that the county government should reinstate the doctors. The order, however, was never implemented, prompting KMPDU to file an application in Nyeri court.

Justice D.K Njagi Marete ruled on September 16, 2022, , “On the application of KMPDU, the decision by the Public Service Commission made vide letter dated 14th April, 2021 reinstating into service the applicants is hereby recognized, adopted, and enforced as a judgment of the court.”

Waiguru also ran into trouble with medical stakeholders earlier this year after announcing that she had reinstated 72 suspended health workers and renewed contracts for 388 others.

She also claimed that she agreed to pay their salary arrears dating back to 2019, when they were suspended due to a medical workers’ strike.

The nurses’ union of Kirinyaga branch, on the other hand, later came out to deny Governor Waiguru’s claim that the 72 health workers had been reinstated.

Instead of paying the union, the county boss had only paid the 72 health workers who had been working without pay for three years.