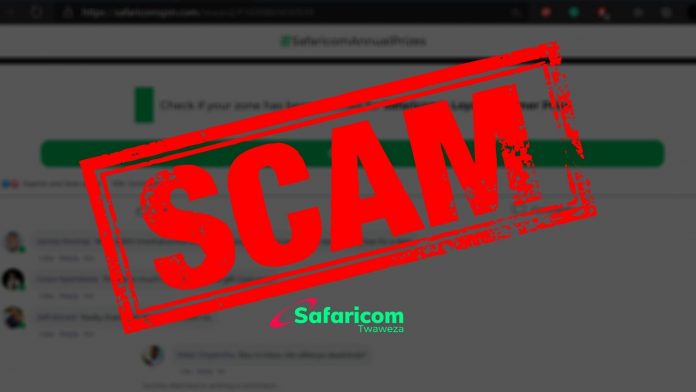 Telecommunications giant Safaricom PLC has urged Kenyans to be keen on fake pages aimed at swindling them of their hard earned cash.

In response to multiple complains, Safaricom has embarked on a campaign to educate Kenyans on how to spot fake links.

The teleco has called on Kenyans to use the official channels provided by Safaricom to air their queries and monitor for special offers and campaigns.

They further cautioned Kenyans against sending their personal information through unverified sites, claiming the move would jeopardize their data security, and subject them to harassment.

In Kenya, cybercrime is handled by the Directorate of Criminal Investigation’s Digital Forensic Lab.

Culprits holding such devices and using them to fraud unsuspecting Kenyans risk a fine of 5 million Kenyan shillings (USD$50,000) or 10 years in prison.