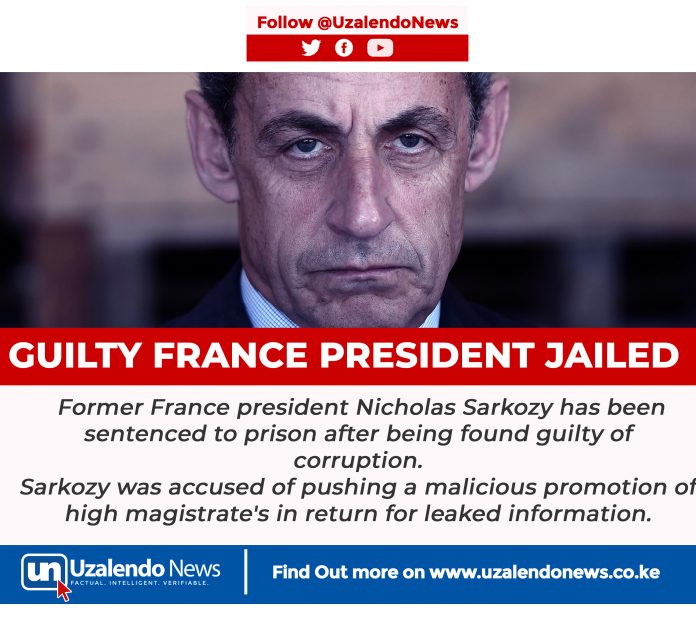 France’s former president Nicolas Sarkozy has been found guilty of corruption and influence-peddling. He has now been sentenced to a three-year jail term.

Sarkozy, 66, will have to serve one of the three years in prison and thus becomes the first ex-French President who will spend time behind bars.

Sarkozy was accused of offering to boost a high magistrate’s chance of obtaining a promotion in Monaco back in 2014 in return for leaked information about a judicial enquiry against him.

Sarkozy, who was president from 2007 to 2012, firmly denied all the allegations against him during the 10-day trial that took place last year.

Prosecutors had requested two years of prison and a two-year suspended sentence for all three defendants over what they said was a “corruption pact.”

“No pact has ever existed,” Sarkozy told the court. “Neither in my head nor in reality.” “I want to be cleared of that infamy,” he added.

The case dates back to 2014 after investigators from the newly-created Parquet National Financier (National Financial Prosecutor’s Office) tapped Sarkozy and Herzog’s phones over allegations the former president had illegally received millions of euros from the late Libyan dictator Muammar Gaddafi to fund his successful 2007 presidential campaign.