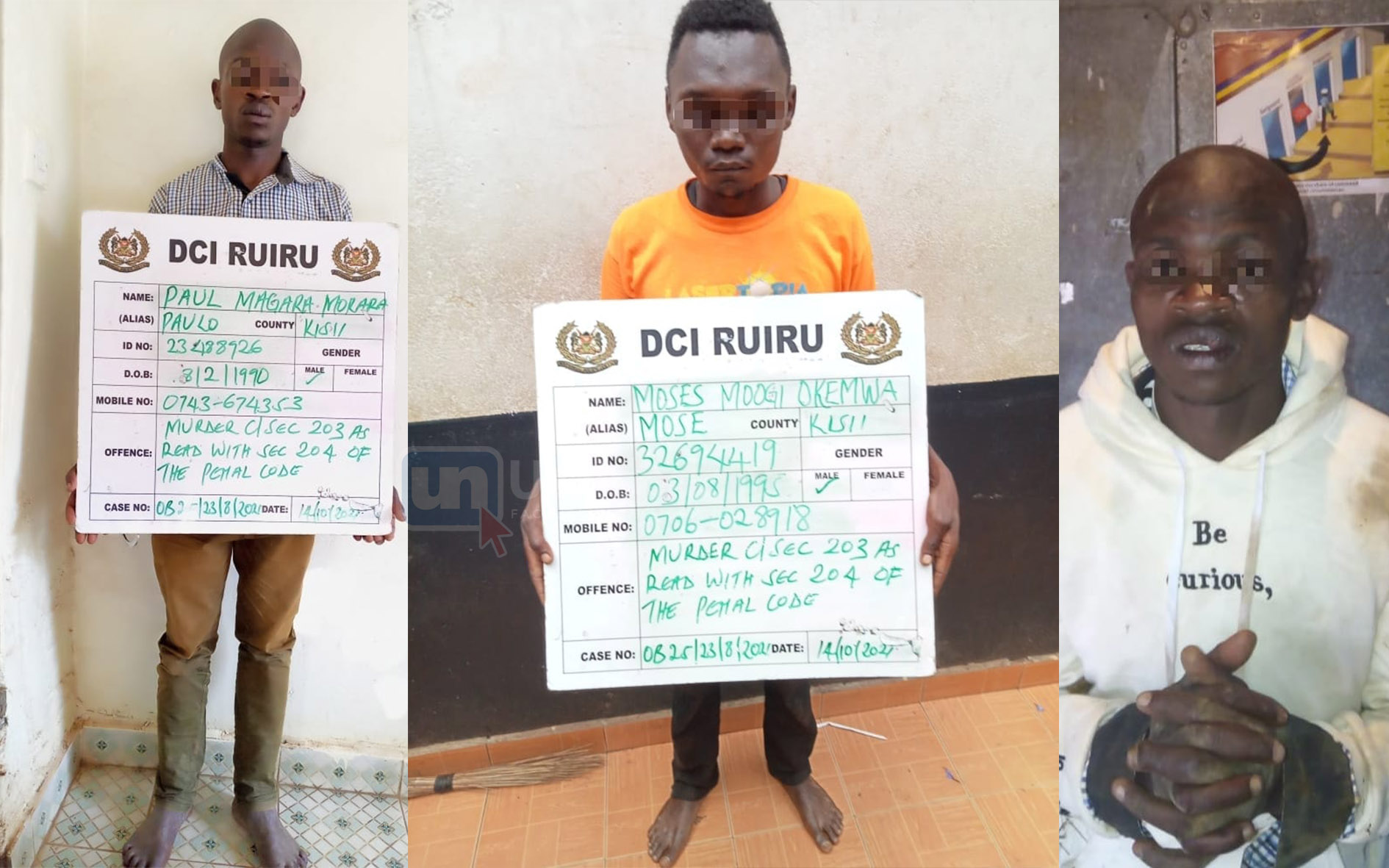 Three suspects have been arrested in the ongoing investigations over the murder of women in Ruiru.

The three were linked to the brutal murder of the late Ms. Lovince Njoki, who which occured on August 23, 2021.

DCI says the suspects used a handset belonging to the deceased, leading to the arrests.

Meanwhile, another 18-year-old victim who had been admitted at the Kenyatta National Hospital’s Intensive Care Unit, alongside her 19-year-old sister succumbed to their injuries.

The late Ann Mumbi and her sister Winfred Kalumi were raped in their house by a suspect named Paul Magara Morara.

The suspect, according to the DCI, is linked to the death of three other ladies.