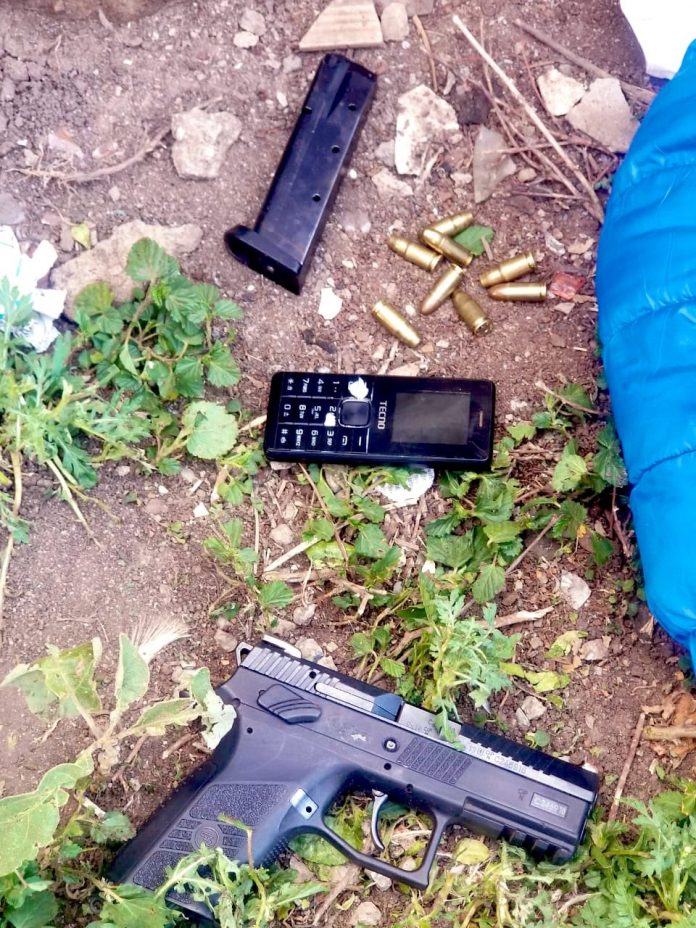 Detectives have this evening gunned down a wanted gangster, who was part of an organized criminal gang that has terrorized residents living within Nairobi’s East lands suburbs. – By Gerald Gekara.

The suspect known as Abbas, attracted the attention of DCI detectives on patrol, as he was a pillion passenger on a numberless motorcycle, along Kangundo road.

Detectives gave chase and flagged down the motorcycle but instead of pulling over the pillion passenger drew a firearm and started shooting at our officers indiscriminately.

“His efforts were however no match to our detectives’ proficiency, since they responded swiftly, killing the suspect on the spot and the rider managing to escape by the skin of his teeth leaving the motorcycle behind. ” DCI Tweeted.

One Glock pistol suspected to have been stolen from a Police Officer, three live rounds of 9mm caliber, and 11 other live ammunitions of different caliber were recovered indicating that the suspect might have been in possession of another firearm.

“Abbas was a dangerous criminal connected to a spate of murders within Buru Buru, Kayole and Dandora, including the shooting of woman in Kariobangi who was lucky to survive, a few months ago.” The sleuths added.