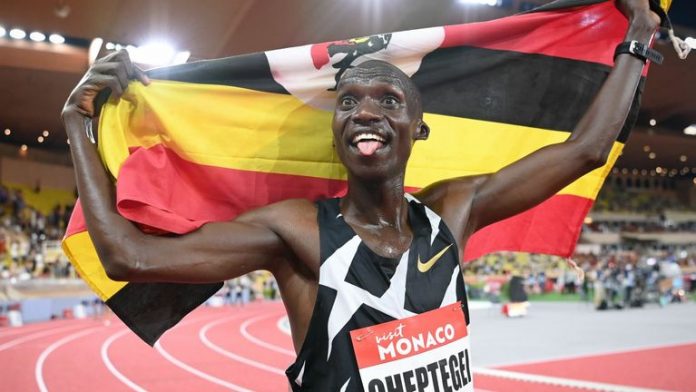 The 23-year-old, who won the 10,000m world title in Doha last year, had promised he would take a shot at the time but success seemed unlikely.

The previous mark, set by Ethiopian great Kenenisa Bekele, was 12:37.35.

Remarkably it is Cheptegei’s second world record in Monaco this year, despite the season being badly disrupted by the coronavirus pandemic.

He broke the 5km road world record in the principality in February..

“Monaco is a special place and it’s one of these places where I could break the world record,” he said.

“It took a lot to keep being motivated this year because so many people are staying at home but you have to stay motivated.