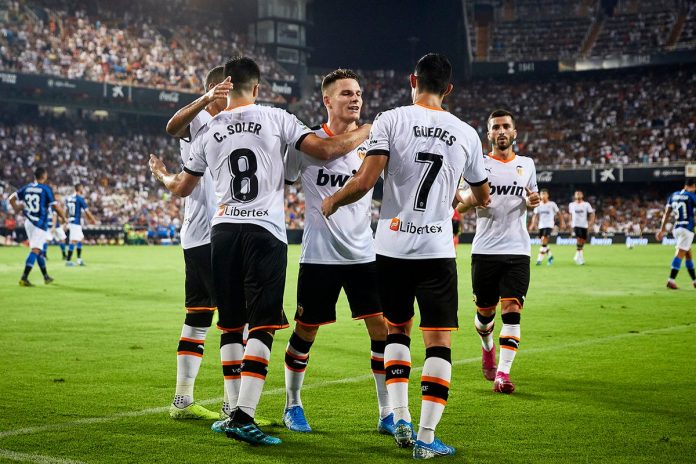 Valencia were held to a 1-1 home draw by 10-man Levante in La Liga after the visitors levelled eight minutes into stoppage time with a VAR-awarded penalty on Friday.

The result left Levante in 12th with 34 points.

Earlier, Granada beat Getafe 2-1 on the second day of play in La Liga after a three-month break due to the COVID-19 crisis.

The lack of recent play made for a slow start at Mestalla, but Valencia dominated and were left to rue missed opportunities at halftime.

They had the clearest chance when Carlos Soler’s shot crashed onto the crossbar in the 29th minute, and came close again as Mouctar Diakhaby’s header hit the post on the stroke of halftime.

The game finally sprung into life in the late stages.