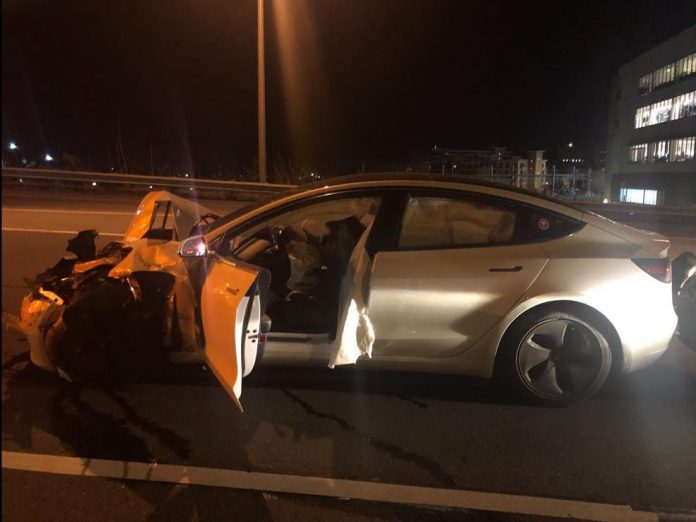 A Tesla has crashed into a police car and another vehicle while on Autopilot in the US.

According to BBC News, Both the police car and the other vehicle, which had broken down, were stationary at the time of the incident.

The driver told police that he put his Tesla Model 3 on Autopilot so that he could check on his dog in the back.

The crash occurred on Interstate 95 in Norwalk, Connecticut, in the early hours of Saturday morning local time.

The police car was parked behind the broken down vehicle with its blue lights flashing, as it waited for a tow truck.

The Tesla, which starts from £42,000 in the UK and $36,000 in the US, struck the rear of the police car and continued travelling forward, leading it to hit the car in front.

“The operator of the Tesla stated that he had his vehicle on ‘auto-pilot’ and explained that he was checking on his dog which was in the back seat,” wrote Connecticut State Police on Facebook.

The police force added: “Regardless of your vehicle’s capabilities, when operating a vehicle your full attention is required at all times to ensure safe driving.”

The driver was charged with reckless driving and reckless endangerment.