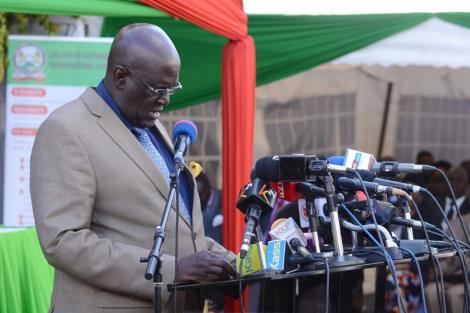 The media will now be restricted from covering school situations, saying the media is exposing children to COVID-19.

“The president was clear on who should access school. Why do you think you (the media) are special?”

A day after schools opened, enforcement on the ban has seen many journalists being denied access to schools.

In a leaked communique to county officials, school administrations were warned against allowing the media in their schools.

“Watching the news and seeing that the media have unfettered access to schools is worrying. Regional and county directors of education, warn school heads that the media should not access schools unless with authority,” the communiqué read.

However, some say the knee jerk action could deal a huge blow to schools that are under the radar of well-wishers and donors.

The media has for long documented the dilapidated state of schools, which have led to funding and a boost in resources, courtesy of donors.