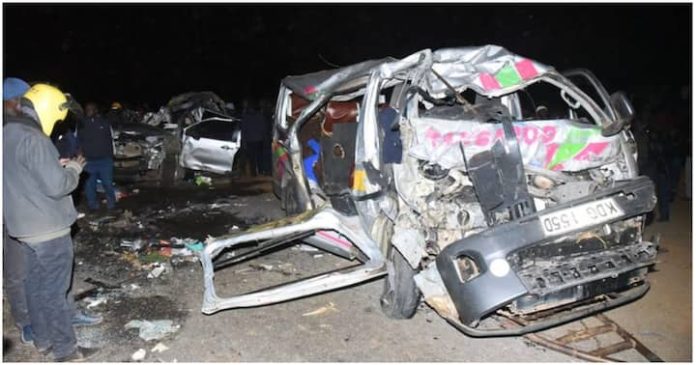 Six people were killed on Wednesday, November 23 night after a vehicle they were travelling in was involved in a tragic accident on the Eldoret-Turbo Road at Leseru-Tankit area in Maili Tisa.

The accident occurred when a tractor without headlights collided head on with a 14-seater matatu traveling from Nairobi to Kitale.

Following the collision, a parastatal vehicle that was following the matatu rammed into it as well.

Six people died on the spot, and several others were injured.

According to Uasin Gishu police commander Ayub Gitonga, the drivers of both the matatu and the parastatal were among those who died on the spot.

The bodies of the six were taken to Moi Teaching and Referral Hospital mortuary, while the injured were rushed to various hospitals in Eldoret.

The wreckage of the vehicles was towed to the nearby Yamumbi police station.