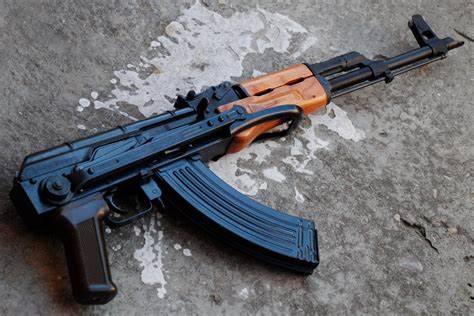 In a robbery incident in Eldoret town, a police officer was attacked and robbed of his rifle.

On Saturday morning, a gang robbed the officer of his AK47 rifle loaded with 30 ammunition, leaving him with serious injuries.

According to his colleagues who arrived on the scene, the officer was injured on the back of his head, where he suffered a deep cut.

He also suffered injuries to his forehead, tongue, and left kneecap.

Police are extremely worried that the weapon might be used in a robbery, leaving a trail of injuries or deaths.

The victim stated that he was walking home with the weapon after a night shift when the incident occurred around 5 a.m.

He works for the Uasin Gishu County Government and is assigned to the Critical Infrastructure Police Unit Ainabkoi sub-county.

He claimed he was alone from guard duty at County Yard- B near the Eldoret Coca-Cola factory, where he was guarding alongside another officer when he was attacked.

According to police, he was returning to his home when he was hit from behind with a sharp object by an unknown male person who robbed him of his firearm, an A-K 47 assault rifle.

The assailant then vanished into the darkness, heading towards Eldoret GK prison.