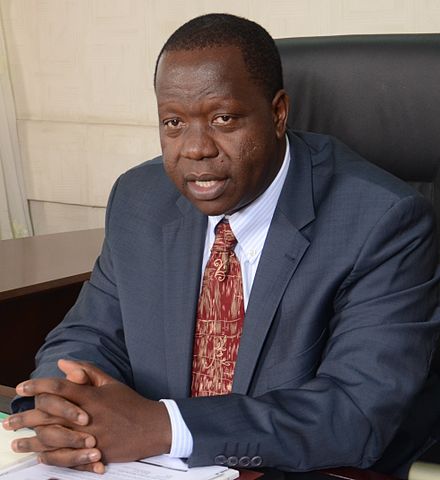 The major reorganization of Government operations vide Executive Orders number 1 and 2 of 2019 caught many Kenyans by surprise.

However, those who have keenly been watching political developments since the handshake may have discerned the changes, given the speed and gusto with which President Uhuru Kenyatta has been dealing with corruption, the implementation of his pet Agenda Four initiative and his impatience with public officers who have failed to provide services to the public.

A peep into the Executive order as signed by the President has confounded both friend and foe.

The impact has reverberated across the ridges and valleys of Kenya and beyond as the media speculates about the winners and the losers in the radical changes in the operations of Government, coming so soon after the much talked about reshuffle which the media has been predicting and prosecuting since all cabinet Ministers except Dr. Fred Matiang’i were sent on Christmas and new year vacations by the Head of Public Service and Secretary to the Cabinet Joseph Kinyua.

The media today has splashed headlines suggesting that the move to create a cabinet committee Chaired by the Cabinet Secretary for Internal Security and Coordination of Government has effectively elevated the current holder of the berth-Dr Matiangi to a super minister.

Instructively, the chair of this Cabinet committee is deputized by the cabinet Minister, Treasury, substantively held by Henry Rotich. The Committee, read Matiang’i  or whoever will hold the position should the President exercise his prerogative and execute a reshuffle, will report to the Head of State.

So what is the implication of this Presidential order?

Unlike in the past, and unless there is a compelling reason, the Presidency will be less accessible to cabinet secretaries and the Attorney General since all their issues, concerns et al will be deliberated at this committee level and fast tracked to President Kenyatta via Matiangi.

Then there is the supervisory role of Government projects, read by analysts as the Big Four agenda. Effectively, Matiangi will drive the Big Four agenda to the exclusion of other busy bodies and ensure smooth and full implementation of the same as guided by various performance contracts signed by implementing ministries and other state bodies.

At the Principal Secretaries level, Dr Karanja Kibicho, the Interior Security PS will chair a select committee of 14 members, whose Vice Chair is the PS Treasury. This Committee may co-opt any other PS as the need arises.

Then there is the regional development committee, to be chaired by the Regional Commissioner. Role is effective regional coordination using multi sectoral approach to enhance harmony and service delivery. It will also receive and coordinate various reports before forwarding these to the Matiang’i committee.

While signing the two Executive orders, the President never referred to any of the chairman and Members of the various committees by name.

Effectively, the President only reorganized the operations of his Government and may yet make personnel changes in a bid to ensure that the fight against graft is sustained.

In the midst of this reorganization was the swearing in of the new Anti-corruption czar Twalib Mbarak , who now joins DPP Hussein Haji and DCI George Kinoti.

The fearsome three anti-graft busters are waiting on the wings to clear any public officers still thinking that graft is a way of life.

Things are elephant in Government; to quote Columnist Kwendo Opanga’s quip as published in the Daily Nation when the late Nicholas Kipyator Kiprono Biwott was arrested in 1991 over the late Robert Ouko murder.