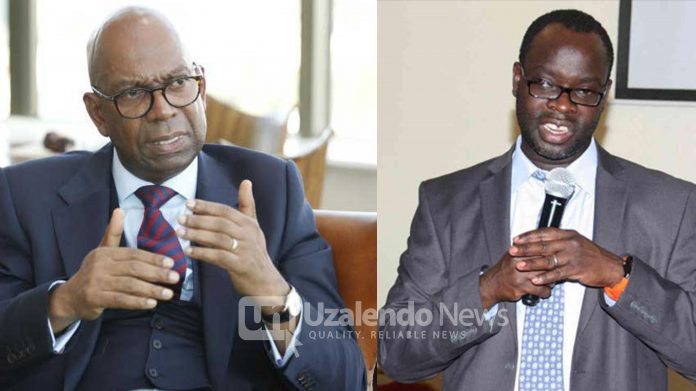 BY STEPHANIE MWANGI – Not long ago, Kenya lost two prominent people in a month; Bob Collymore, the former Safaricom CEO and the Kibra Member of Parliament, Ken Okoth to cancer.

One Kenyan tweeted   :  ‘this year, this month Kenya has lost two of the most brilliant minds in the political space and corporate sphere respectively due to cancer ‘it’s time we embraced this serious fight against this disease. Ken and Bob were the epitome of good leadership.’

They both knew their time was near

Bob did know that his end was near and so did Ken, because he said that if his condition worsened, he shouldn’t be put on machines. They both said that the cancer in them cannot be treated but can only be managed.

They had been misdiagnosed

Bob was said to have vitamin D deficiency before travelling abroad. When he went back, He was diagnosed with Acute Myeloid Leukemia. Before being diagnosed with cancer Ken was treated for ulcers and bacterial infections,  but he did experience weight loss and abdominal pain.

Their wives stuck with them through that period

They all did go abroad to seek treatment, managed it, but eventually, they came back home to their supportive wives who cared for them through their period of sickness.

Despite their stay abroad seeking for treatment, they both had their final bow with their family around and in Kenya where they call home despite them spending their entire lives abroad getting treatment.

What then do we make of this, despite your fate, you have to stick close to your family and love it. Cancer might be the end of your life but what’s important is to stay positive and loving, as did both of these great gentlemen.