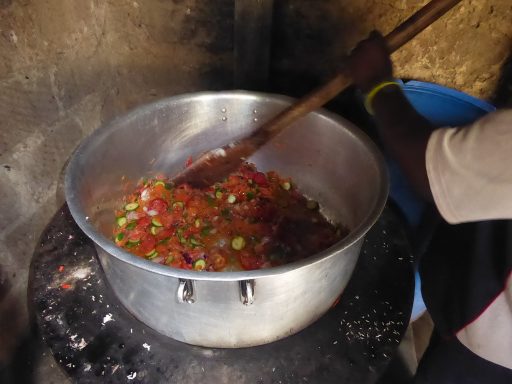 BY LYNN KYALO – A Kibera court today released a man charged with stealing two sufurias and two dining tables belonging to his girlfriend’s hotel, on a bond of Sh 100,000.

Rodgers Kagwegwe was released by Kibera Chief Magistrate Joyce Gandani after he pleaded not guilty to the offence. He was accused of sneaking into the hotel in Kabiria, Kawangware, belonging to Nancy Amukoya using a master key and made away with said items.

He allegedly contacted the complainant through a mobile phone and made sure that he was not around. Rogers then stole metallic seats among other items totaling to Sh 100,000.

He was arrested after neighbors who saw him committing the offence made an urgent call to the complainant who contacted the police officers at Kilimani on time and nabbed him to Kilimanai police station.

Today he told court that the complainant was his good friend and they had stayed well for years.

He said that the items he took from the house were his own partly as he had borrowed them from the complainant so as to prepare for his visitors who were coming two days ahead.

He requested court for forgiveness and said that he will never repeat the mistake again. He asked court for lenient bond terms so that he be released on time to go and fend for his wife and children.

Gandani directed the matter to be mention on August 24 for the accused to be supplied with witness statements and documentary evidence.

She also directed the matter to be heard on September 5th 2019.