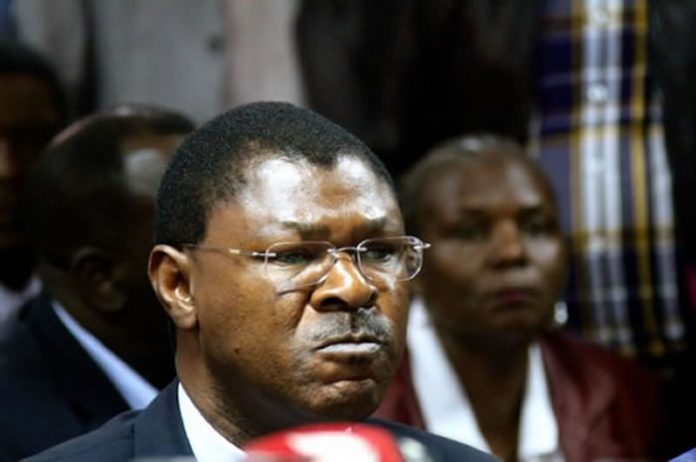 A gazette notice published by the Registrar of Political Parties, Anne Nderitu, indicated that Wetangula has been replaced by Athanas Wafula Wamunyinyi.

“ In exercise of the powers conferred by section 20(1)(c) of the Parties Act,2011, the Registar of Political Parties gives notice of the Ford Kenya Party intends to change its party officials,” the statement mentioned.

However, the Ann Nderitu has given a seven day grace period for the angered leader to appeal the decision.

“Any person with written submissions concerning the intended change by the political party, shall within seven days from the date herein, deposit them with the Registrar of Political Parties” Ann Nderitu said.