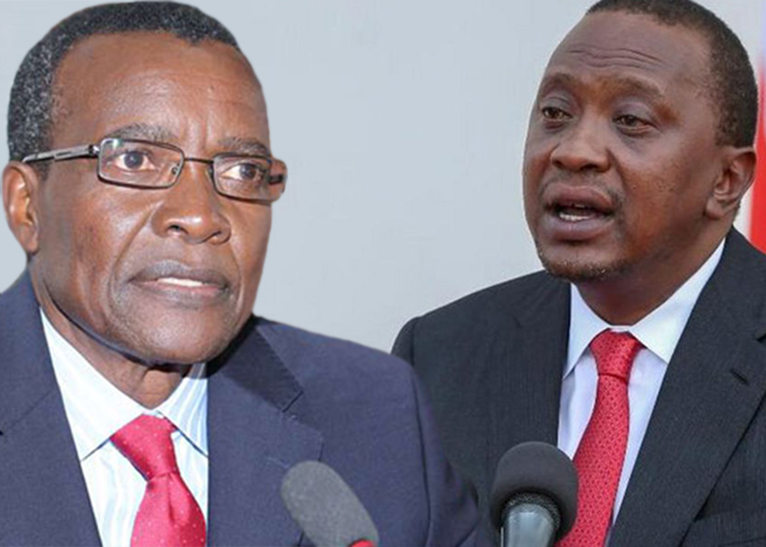 Embattled Chief Justice David Maraga once again called out his boss, President Uhuru Kenyatta, urging him to appoint 41 judges, whose names were presented to him – By Gerald Gekara

CJ Maraga pointed an accusing finger at the President, for ignoring court orders and summons, a trend he says, would jeopardize implementation of the law.

“The President’s disregard of court orders doesn’t board well for our constitutional democracy & is potentially a recipe for anarchy; the Executive routinely disregards court orders.”

Maraga further stepped on the Uhuru’s toes condemning them of disregarding court orders to stop demolitions in Kariobangi and Ruai, among other places, during the Coronavirus Pandemic.

Maraga said that the government failed to provide evidence on the alleged misconduct of 41 nominees, who were earlier rejected on basis of ‘controversial evidence’.

” I Have challenged the executive to table the information on lack of integrity it has against some of the nominees. Some of the people nominated serve as judges, and if it were true, these individuals should not be serving as judges.” Maraga claimed.

He also accused Uhuru executive for neglected to settle 1 Billion shillings in court degrees issued against the government.

Relations between the two arms of government have continued to strain, with the Chief Justice seeming to lead more press conferences than actual court duties. Maraga recently trashed the presidential directive that implied that the Judiciary Service Commission was under the executive, hoping it was ‘an error in typing’.