President Uhuru announced that the government will not only fund national sports teams but also invest more in youth talent development programmes.

He said by sponsoring youth talent development activities, the government aims at creating a strong feeder system of talented sports men and women for national teams.

“We have set aside money to ensure we fully fund our sports men and women but not just the national teams, we are also going to start putting money into the under-21s and under-17s,” said the Head of State.

The President said this is the only way the country can develop its sporting potential by investing in its budding sports men and women. 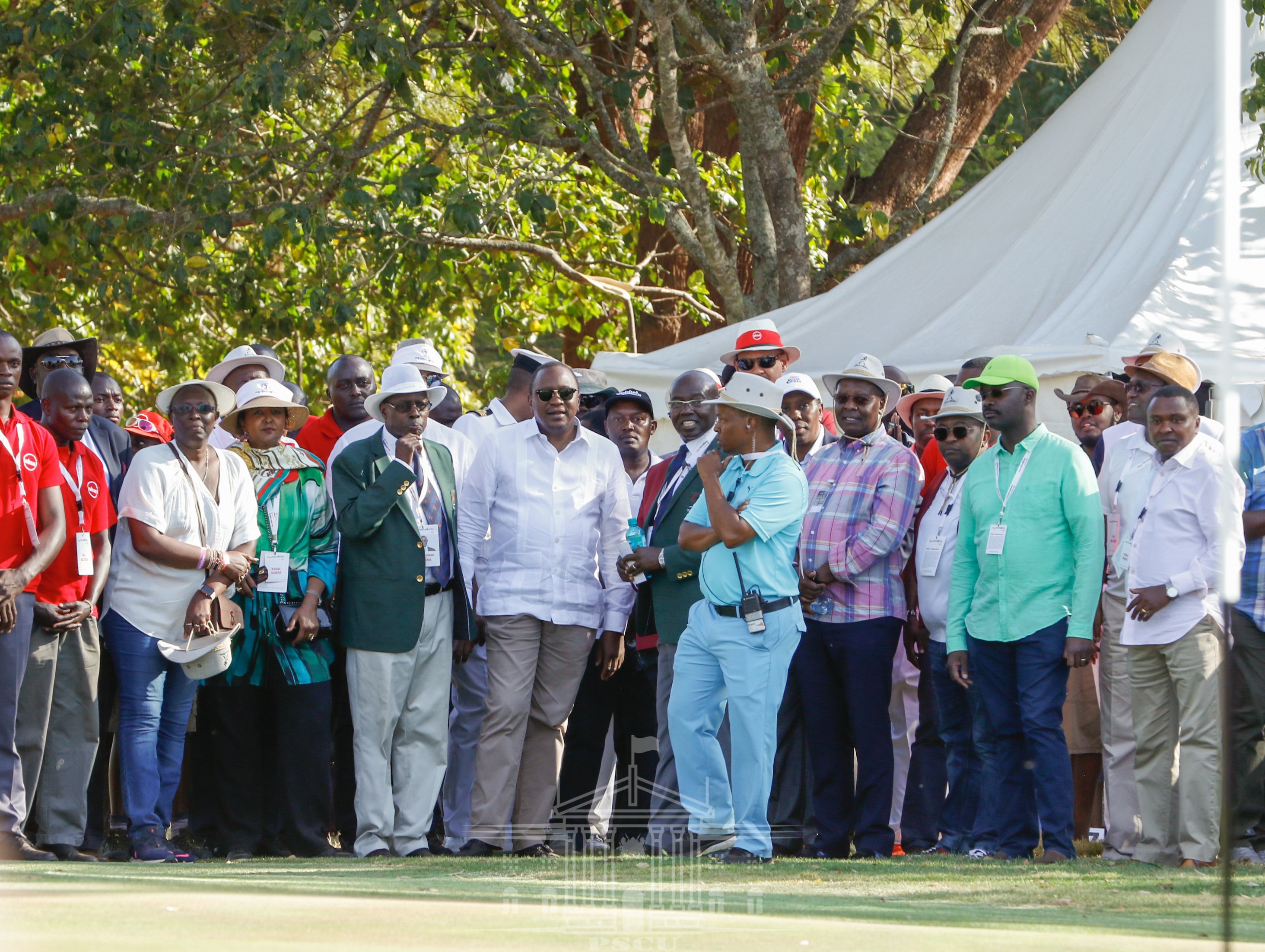 He was speaking at the Karen Country Club where he presided over the presentation of trophies to the winners of the 2019 Magical Kenya Open Golf Championship, won by 24-year old Italian Guido Migliozzi who scooped the Shs 20 million winner’s prize.

The President encouraged the private sector to step up partnerships with the government in the development of sporting talents among young Kenyans.

The President especially thanked beverage maker, Coca Cola for investing in the under-15’s football development in the country.

He said his recent announcement that the government will fund all national teams including the Harambee Stars, the Rugby Sevens team, National Women Netball team and the National Athletics teams is aimed at making Kenya a sporting destination.

“And this is where we want to position and place our country. It is through commitment, love of our country and integrity that we shall be able to achieve these objectives,” said the President.

The golf championship was co-sponsored by the government and partners among them the Absa group. It was also the first time that the tournament changed its status from a European Tour Challenge to the upgraded European Tour Circuit.

President Kenyatta said he was happy that a promise he made at Muthaiga Golf Club last year to move the championship from a challenge cup to the European tour had been realized through efforts by the government, partners and sponsors.

He said this commitment and sponsorship of the Magical Kenya Open Golf Championships will continue for the next three years.

President Kenyatta was joined at the function by the Cabinet Secretary for Sports, Culture and Heritage Ambassador Amina Mohammed and her Tourism and Wildlife counterpart Najib Balala.
The Head of State was hosted by an international golfing fraternity led by the chairman of the Kenya Open Golf Limited Peter Kanyago, Chairman of the Kenya Golf Union Lucas Marang’a, Chairman of the Karen Country Club Louis Otieno, and the European Union Tour Tournament Director Paul Carrigill.