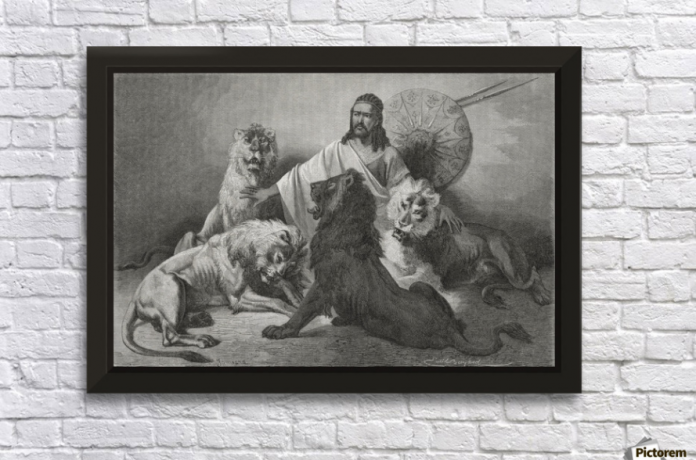 The recent announcement that a British museum will return two stolen locks of hair from a 19th century Ethiopian king was hailed as an “exemplary gesture of goodwill” by the Ethiopian Embassy in London. The hair was cut from Emperor Tewodros II’s head after he shot himself rather than be taken prisoner by invading British forces. The forces attacked his fortress at Maqdala during Easter in 1868.

The British forces went on a looting spree, taking so much bounty after the Battle of Maqdala that they needed 15 elephants and 200 mules to cart it away. It included more than 500 ancient parchment manuscripts, two gold crowns, crosses and chalices in gold, silver and copper, and religious icons. His seven-year-old son Prince Alemayehu was taken to the UK along with the looted treasures.

Strands of the Emperor’s hair were given to the National Army Museum in London 60 years ago.

The return of the locks follows a recent report commissioned by French President Emmanuel Macron that recommended African treasures in French museums be returned to their countries of origin. During colonial rule in Africa, thousands of cultural artefacts were plundered from the continent by Western countries.

What makes these 151-year-old Ethiopian artefacts so deeply significant? The answer lies in Tewodros’s subsequent symbolism and significance in the history of Ethiopia – historically known as Abyssinia – a nation that has faced vicious attacks from powerful nations, and still, stands tall in its independence.

Ethiopia is a storytelling nation in which the past is of crucial importance. Tewodros has a special place in the storytelling process.

A ferocious warrior, Tewodros rose from being the son of a provincial chief to power, known as Nəguśä Nägäśt or King of Kings. Ending the chaotic period in Ethiopian history known as “Zämänä Mäsafənt” (the era of princes), he aimed to unify and modernise Ethiopia.

Tewodros was deeply religious and saw his political policy as a part of divine mission. The immediate threats that brought about his demise were Islamic Turks threatening to occupy parts of Ethiopia. He assumed that the Christian West would to come to his aid, and made an appeal by a letter to Queen Victoria of England saying,

…when I told the Turks to relinquish the soil of my fathers, they refused, and so, by the power of God, here I am about to struggle against them.

However, to his utter bewilderment, the queen declined. The emperor could not fathom how a Christian nation like England could uphold the power of Islam in Egypt and Turkey.

Out of fury, Tewodros jailed the British consul and other foreigners. His calculation was using the detainees as bargaining chips to secure the British support. However, his action led Britain to see Ethiopia as a “risk without profit”.

They sent 64,000 people (including 12,000 fighting men) under Sir Robert Napier, and invaded Ethiopia to face Tewodros. Called the Napier expedition, it’s been described as the largest military offensive by the British empire in Africa. Rather than being captured, the emperor killed himself.

Tewodros’s biographer Philip Marsden wrote the impression he got when visiting the region in the early 1980s, which is when Mengistu Haile Mariam’s military junta governed Ethiopia, was that Tewodros was,

a mad dog let loose, a sort of black reincarnation of Ivan the Terrible.

But when he returned after the 1990s when the dictatorship had been deposed, a “heroification” of Tewodros had started – this, Marsden found, was necessary because of a vilification of the Ethiopian leader by foreign authors.

It’s quite debatable if there was such a dramatic shift in the Ethiopian perception Tewodros.

Less debatable, however, is a clear difference between how Western and Ethiopian writers interpreted and portrayed the man. Like all interpretative projects, this one is not without ideological preoccupation. The Western authors wanted to caricature him in a certain way to justify the British looting of precious historical artefacts as “war trophy”.

In order to restore him, it required the imagination of arts to cement his memory in the Ethiopian history.

No other leader has influenced popular culture in Ethiopia as Tewodros did. He is a treasure trove for songwriters, playwrights and poets. Once Abbe Gubegna, a prolific writer who uses his literary skills to launch sharp political critiques, said,

Tewodros will continue to sparkle like a jewel in the heart of many generations.

Moreover, the dramatic nature of his lifestyle, his rise from an ordinary background and his ambitions of transforming Ethiopia into a modern state adds to the fascination of the literary world in his life and action. He is viewed as a true leader who authored his immortality by refusing to surrender to British forces and taking his own life instead.

The scene of his confrontation with Napier’s forces was re-imagined by renowned playwright, Tsegaye Gebre-Medhin, who was also considered Ethiopia’s poet laureate:

‘Hands up,’ says a European

A hand to be raised and surrender

What hand does have a wild fire?

Except that burns and consumes.

Teddy Afro, a contemporary singer and songwriter, captures the significance of his hair as a thread that ties all Ethiopians together across ethnic divides:

Bring a thread from his (Tewodros’s) hair

Tewodros’s sacrifice has ramifications to both Ethiopia’s projection of itself at home and to the international community.

In domestic politics, the nation has struggled with leaders who could not see beyond their personal enrichment. For those who failed to put the nation first, Tewodros still stands as a loud critical voice. As for international diplomacy, Tewodros symbolises Ethiopia – a nation that has faced vicious attacks from powerful nations, and still stands tall in its independence.

Mohammed Girma, Research Associate and the author of Understanding Religion and Social Change in Ethiopia (Palgrave Macmillan, 2012), and the editor of The Healing of Memories (Rowan & Littlefield, 2018). Follow him on Twitter @girma_mohammed, University of Pretoria