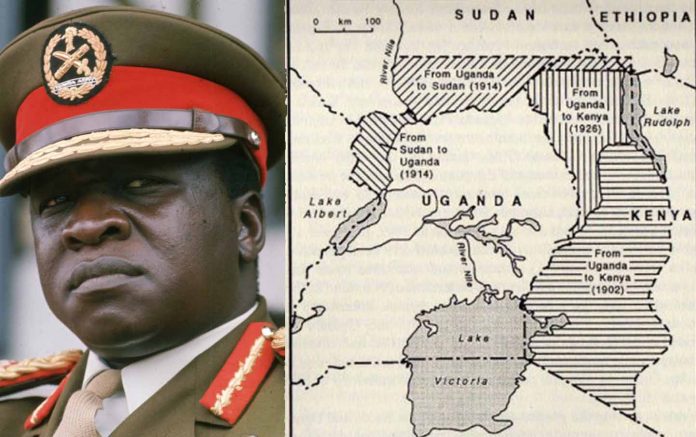 On April 1, 1902, the process to transfer the Eastern Province of Uganda to the East African Protectorate (Kenya) was started. – Daily Monitor

Thomas, a historian of Uganda, in the 1935 edition of the Uganda Journal, “lakes Naivasha, Elmenteita, Nakuru and Baringo in the Uganda Protectorate before veering gradually north again to follow the line of longitude 36° 45’ east”.

In an article in volume 21 of the Uganda Journal of 1957, Kenneth Ingham, a former professor of history at Makerere College, says the interesting feature of the whole affair was the fact that Henry Charles Keith Petty-Fitzmaurice, the foreign secretary and Marquess of Lansdowne, preferred to act upon the advice of Sir Clement Hill, a foreign office official, instead of accepting the recommendations of so experienced a man as Sir Harry Johnston, special commissioner in Uganda.

The colonel criticised the foreign office for not treating the two colonies – Uganda and the East African Protectorate – equally.

“Instead of changing provincial or district boundaries he recommended that the two commissioners ordinarily residing at Entebbe and Mombasa should continue with their existing functions, but, in addition, there should be a high commissioner who should have supreme control over the policy and finances of the two protectorates or of the fused protectorate.”

In Johnston’s push for the fusion of the two colonies and having a common capital which was to be the seat of the high commissioner, he went on to even propose the capital for the new unified territories near mile 497 on the Uganda Railway to be called King Edward’s Town. Johnston wrote a memo to the colonial office against the idea of adding part of Uganda to the East African Protectorate on the basis of tribes.

“Placing the whole railway under one administration, surely that was admirably covered by the idea of a central government at Mau.”

However, during a meeting in the foreign secretary’s office on August 10, 1901, it was agreed that Hill’s decision would be taken to have a territory of Uganda transferred to the East African Protectorate.

However, the foreign secretary went ahead to inform the commissioner in an August 26, 1901, letter that he was in favour of transferring the territory east of Mt Elgon to the East Africa Protectorate with a view of improving the administration of the British possessions in East Africa.

He approved the scheme for the transfer of territory as far as it went, mainly on the ground that it would force the East Africa Protectorate to take a greater interest in the interior and in the affairs of Uganda and, thereby, pave the way for the unification of the two protectorates.

Spencer they say, “the rites of the divorce of the old Eastern Province from Uganda, and the settlements on her remarriage to East Africa were conducted at the end of November at Njoro.”

During the opening of a self-help mobilisation scheme in Lotuturu in Kitgum District on February 14, 1976, former president Idi Amin declared his desire to have the part of Uganda which he described as the most fertile back.

A couple of days after his remarks, a mass demonstration was organised at Nairobi’s Uhuru Park, where Mzee Jomo Kenyatta declared that Kenya would deal ruthlessly with neighbours who publicly expressed “their sinister intentions”.

Although Amin clarified that he had no intention of going to war but would write to the Queen of England to demand an explanation, his unpredictability was Kenya’s greatest fear.

It was believed that he was being incited by President Siad Barre of Somalia, who was laying a similar claim to the northeastern part of Kenya.

“In stating this, I had in my possession a document indicating that with the appointment of Sir Harry Johnson, the British government gave a clear mandate for this special commissioner to arrange and reorganise the internal administration of Uganda, including its external boundary, particularly in the British sphere of influences which Johnson did from July 1, 1899, to December 1901.”

In the February 16, 1976, edition of the Voice of Uganda newspaper, it was reported that Amin ordered all Ugandans to buy that book and know the geographical facts of their country.

Scientists Discover Smallest Reptile on Earth -‘Size of a Seed’