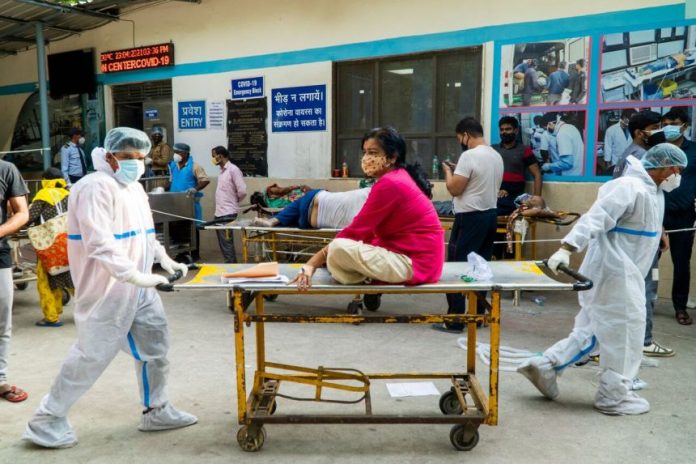 For the 12th day in a row, India has announced more than 300,000 new coronavirus cases, bringing the total number of cases to just under 20 million, while COVID-19 deaths have increased by 3,417.

India is fighting a vicious second wave of the coronavirus that has ravaged its vulnerable and under-funded healthcare system, with more than 300,000 daily cases registered for nearly two weeks.

Hospitals have been filled to capacity, medical oxygen supplies have run short and morgues and crematoriums have been swamped.

As daily case counts soar far beyond what other countries have reported, experts caution the official COVID-19 numbers from the world’s second-most populous country are likely a huge undercount.