Brave Teen Who Rowed Mother To Hospital To Be Awarded 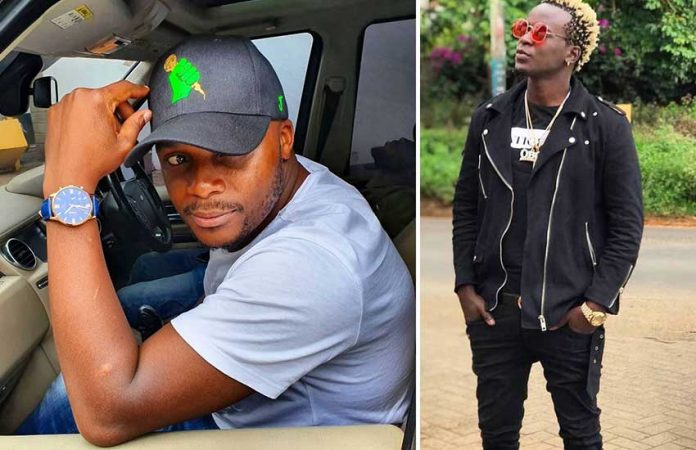 Jalang’o says Willy Paul formerly a gospel musician, has lost direction in his career which has spanned seven years after he (Willy Paul ) on Tuesday, July 30 released a song called ‘’ Lamba Nyonyo’’.

Vipi ras, uko na madrinks? Huku home, mi niko na mayeng. Unajua ni long time tangu ulambe nyonyo. Pitia hivi uncheze na turoro… [Hey man, do you have alcohol with you? I am at home in the company of young women. You know it is long since you last sucked a woman’s breasts. Drop by my place and play with these young girls],” Willy Paul sings in a part of his 2-minute music track.

The song, which was uploaded to the musician’s music label (Saldido Records) on Tuesday, July 30, has attracted negative feedback from online users, who took to twitter Tuesday evening to slam the artiste for “trying too hard to get attention”.

And the “Kitanzi” hit-maker’s emcee, Jalang’o, is one of the people who believe Willy Paul has irredeemably sunk his previously-growing career.

“I have resigned as Willy Paul’s official emcee. The direction in which he is steering his career, I wish to state that I won’t be part of his team anymore. And should I share a stage with the musician in my capacity as an emcee, I urge him not to sing the ‘Lamba Nyonyo’ song,” Jalang’o said on Milele FM early Wednesday.

Jalang’o has been Willy Paul’s emcee-cum-hype man since June this year.

In a previous statement made on Milele FM, Jalang’o said Willy Paul paid him Ksh 400, 000. The release of the controversial “Lamba Nyonyo” song comes just three days after the award-winning crooner denied claims that he quit gospel music.