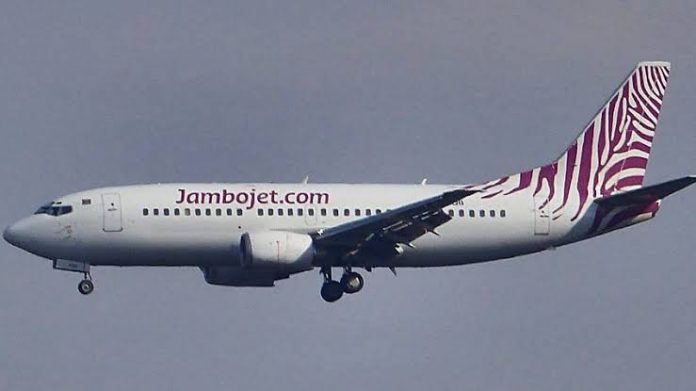 Local carrier Jambojet has announced a massive slash to their Airfares in honour of January’s financial hardships.

The carrier has announced a limited 10,000 tickets to Kenyans at Sh2,020 for a one-way ticket for the next three days.

Currently, Jambojet flies to five local destinations among them Malindi, Ukunda, Mombasa, Kisumu and Eldoret from its hub in Nairobi.

This means that it will be cheaper to fly to Mombasa, Malindi or Ukunda than to use the Standard Gauge Railway first-class ticket or some of the high-end buses.

The promotion will run from January 2 to January 4. It will see Jambojet sell tickets to and from each of its local destinations at the lowered price.

Gakuru Inquest: Nyeri governor’s driver did not apply brakes in the...

Suspect behind the 2 Billion shilling fake currency probe linked to...

Demonetization—A step in the fight against corruption