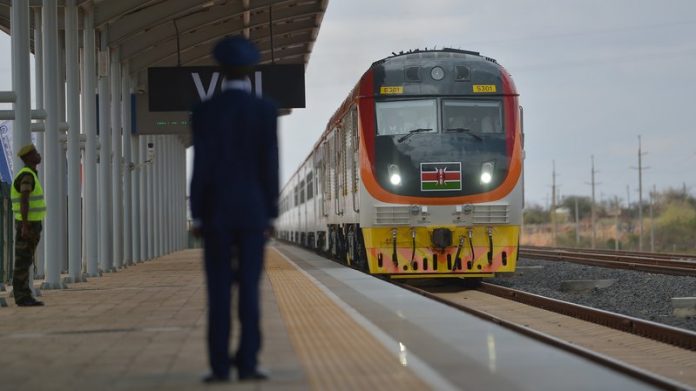 Kenya will from Thursday begin the painstaking process of paying billions of shillings to China for the loans used to build the standard gauge railway (SGR).

Repayment of the loan has commenced after a five-year grace period that Beijing had extended to Kenya.

Repayment of the principal loan extended to Kenya for the first phase of the mega railway project kicks off this week, according to an agreement signed with Exim Bank of China on May 11, 2014.

Loan repayments to China’s Exim Bank will jump from the Sh 31 billion paid, to Sh71.4 billion in the current fiscal period, reflecting a 130 percent increase.

The operation costs of the SGR line have been expected to soar to Sh1.5 billion a month against average sales of Sh841 million.

Taxpayers will now have to shoulder the burden of the SGR loans because revenues generated from the passenger and cargo services on the track are not enough to meet the operational costs.

CS Ukur Yattani while speaking to Business Daily, confirmed the kick start of the process, assuring Kenyans that by Next year, the income from the freight and passenger service will be sufficient.

“We have commenced the process of payment and money will hit their bank account by first week of January. This money has been captured in our budget,” Mr Yattani told the Business Daily.

“The income from the railway, both cargo, and passenger, will likely break even by next year and ease pressure on RDL (Railway Development Levy) and other budgetary supplements,” concluded Yattani.

Man Charged with Assault and Property Destruction at Kamulu Estate

Preschools in Kenya and Tanzania boost learning outcomes in the long...

Mombasa Protesters will now be striking weekly until the SGR cargo...