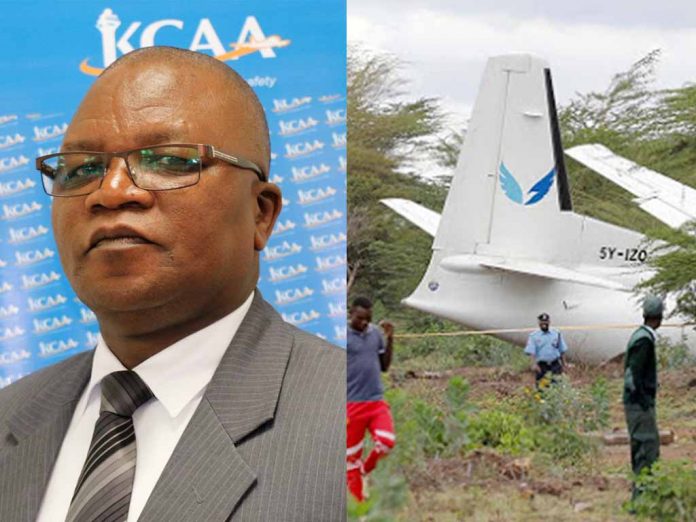 KCAA Director General Gilbert Kibe who appeared before the Parliamentary Committee on Transport rubbished claims that it was targeting a particular company.

“The reason we picked on Silverstone as an example is because they have been involved in an accident in the recent past. It is not the only airline we are conducting surveillance audit on… We are doing that to almost all airlines,” said Kibe.

Silverstone Air which had been the highlight of October confirmed three incidences caused by its airplanes.

The most recent accident was a complicated maneuver landing after a wheel attached to the third landing gear of its airline fell off during take off.

Kingi Calls For Women Inclusivity in Different Spheres of Life