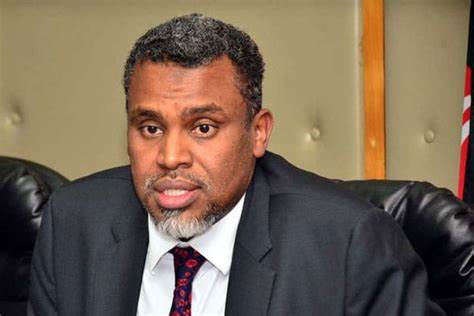 The video, which was released on Tuesday, was manipulated to show Deputy President William Ruto shaming certain ethnic communities in Rift Valley.

He added that the investigation will also look into an audio clip that was allegedly a recorded phone call between Junet and an IEBC commissioner.

Haji stated that the investigation should be completed as soon as possible because the alleged materials could sow seeds of discord.

The DPP established a call center to handle any election-related incidents.

The center, which opened on Wednesday, will be open 24 hours a day to receive and document any cases of violence against civilians.

He stated that the data from the distress calls will serve as the foundation for the files and evidence developed by prosecutors in order to charge the perpetrators in court.

According to Haji, this election cycle will be different from previous ones because victims of poll-related violence will receive prompt justice.

“No violence perpetrator will go scot-free,” he said.

Haji stated that the efforts were to supplement the police’s efforts to record the cases as they were reported.

He described it as a multi-pronged intervention to combat electoral violence, which he described as an ongoing feature of Kenya’s electoral cycles.

The DPP stated that his office had assigned 200 special prosecutors to handle cases of electoral violence in the country.

Sheila Masinde, executive director of Transparency International, believes the DPP should broaden his focus to prosecute cases involving the misuse of public resources in partisan campaigns.

He should also hold accountable public employees who have openly participated in political campaigns.

Masinde stated that her lobby had created a portal where members of the public could lodge up to 1200 cases relating to the use of public resources in campaigns, and that once they were all consolidated, they would like the DPP to give them attention and address them.

She stated that the IEBC had informed it that state officers who had resigned and were participating in the elections had not declared the public assets in their possession as required by law.

Hussein Khalid, the CEO of Haki Africa, stated that his organization has seen an increase in violence by organized groups such as MRC, and that the region needs to be scrutinized to ensure that violence is not used to prevent voters from exercising their rights.