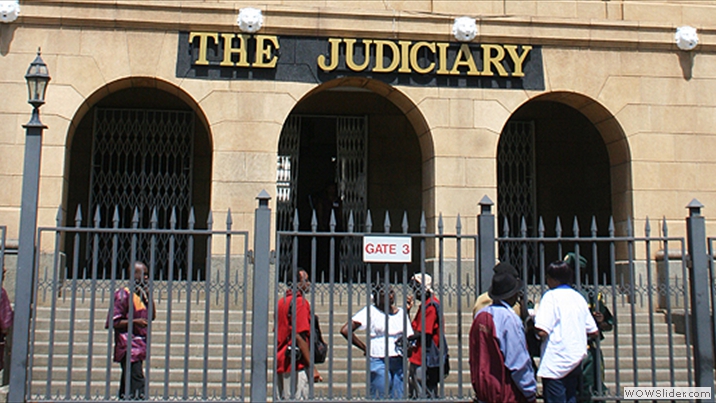 A three judge bench was yesterday postponed due budget cut by the judiciary.

Only two judges could be mobilized by the land court for the sitting and it was adjourned indefinitely.

“Due to budgetary cut, we have been unable to facilitate the three judge bench scheduled for 28th October of 2019.” Stated a notice by Nakuru Deputy Registrar

This only shows the crisis looming in the judiciary following the budget cut by Treasury cabinet secretary Ukur Yatani. The 2.9 budget cut according to Yatani is part of the efforts by the government to cut recurrent expenditure by 50 percent.

The 2.9 billion budget cut by Treasury cabinet secretary Ukur Yattani as part of efforts to cut the governments recurrent expenditure by 50 percent is expected to cripple down services at the Judiciary.

However, the Law Society of Kenya has sued Yattani over the  directive saying that it will lead to immediate suspension of judicial service weeks, operations of mobile courts and all tribunal sittings, roll-out of the ICT programme and internet services to all courts in Kenya.

In a statement by LSK commissioner Macharia Njeru said the judiciary is a critical arm of the government  and allocating it inadequate funds can grind to a halt its operations.

“This is unacceptable coming against a backdrop of the cases that the Judiciary is grappling with,” said Njeru.

He said the Judiciary has a role to play on ease of doing business in the country by expeditiously determining the disputes, a mandate that requires adequate funding.

Already the chief justice has warned that the budget cut would compromise the work of the courts.

In an internal memo addressing the judiciary staff, from the chief registrar Anne Amadi, several measures have been taken to adjust to the budget cut including: suspension of all mobile court sessions and service weeks planned for October to December 2019, the suspension of all retreats and workshops outside the workstation unless there is donor funding.