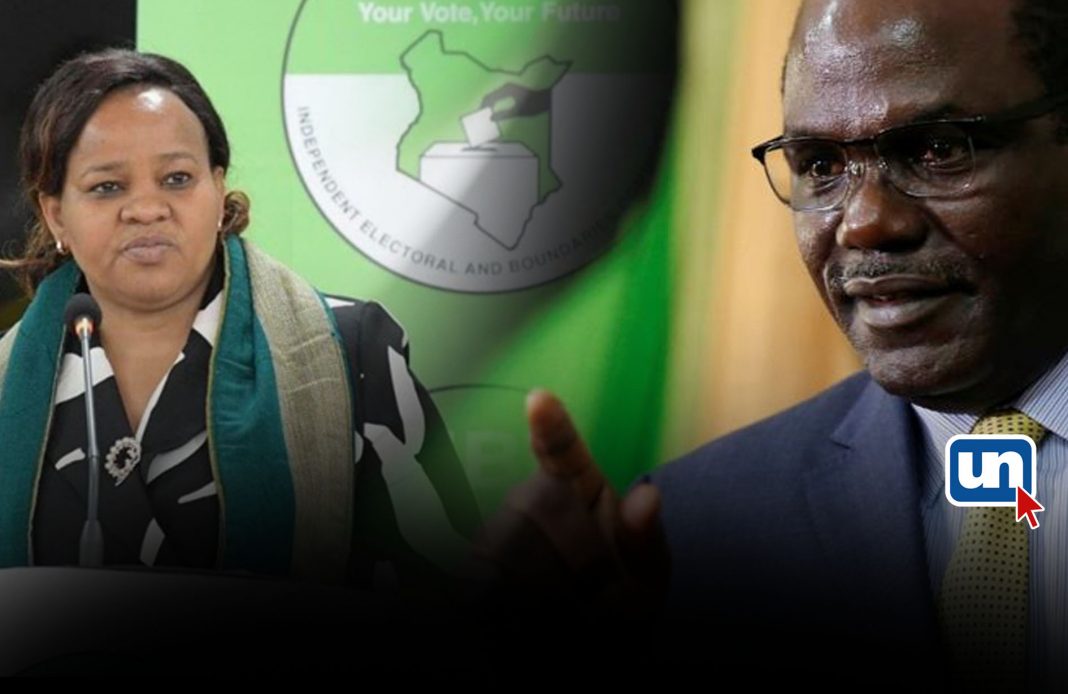 Independent Electoral and Boundaries Commission (IEBC) chairperson Wafula Chebukati and his 4 commissioners have decided to tally their dirty linen in public.

In a deeply worded statement, Chebukati now avers that Juliana Cherera, Francis Wanderi, Justus Nyangaya and Irene Masit are racketeering with the lives of Kenyans.

The IEBC chairperson claimed the four had planned to cause a run-off by requesting Chebukati to air out a set of results contrary to the Form 34As.

“The four Commissioners demanded that the Chairperson moderates the results for purpose of forcing an election Re-run contrary to their oath of office. This is tantamount to subverting the Constitution and the sovereign will of the People of Kenya.”

Chebukati said he refused to yield to the unconstitutional and illegal demand and proceeded to declare DP Ruto as President-elect.

The four then bolted from their IEBC holding room in Bomas for Serena Hotel for their parallel press briefing.

The result has led Azimio leader Raila Odinga to declare the results null and void.

Addressing the viral math problem that befell the four, Chebukati urged Kenyans to ignore the reports as they were ‘misleading’.