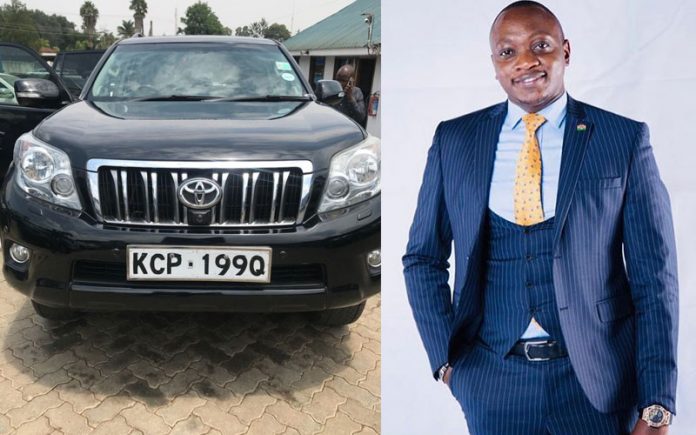 News anchor Ken Mijungu is not a happy man. He recently spoke of how he is still paying a loan for his Toyota Prado land cruiser which was stolen 18 months ago.– By Stephanie Mwangi.

He didn’t actually speak on the price the car is worth but he still calls on the DCI to help him recover the car.

“I counted hours ,they turned to days and weeks and months since they stole  it, paying a bank loan painfully each month two more years to go on the loan this is a kind reminder to @DCI_Kenya and @ PoliceKe  that I have not lost hope in you.” said Ken

“Lighting doesn’t strike twice but thieves do, so the first time they broke my reinforced glass window with a sledge hammer carried away all electronics, weeks later they came up with a pickup canter truck and carried away everything else even ripped curtains off. “Said ken