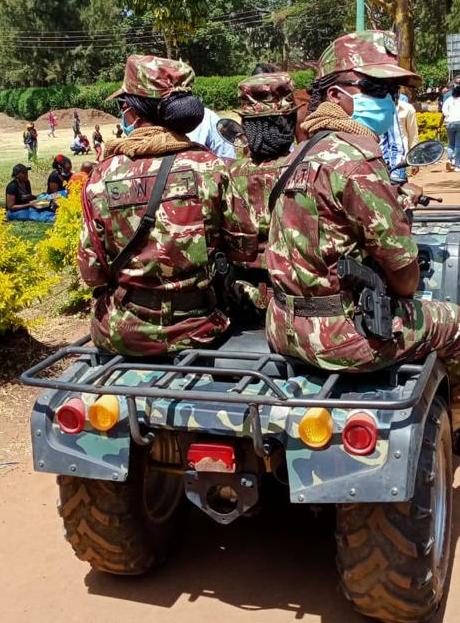 An elite all-female Special Weapons and Tactics (SWAT) unit has raised eyebrows in the city center, after being spotted patrolling Nairobi’s recreational facilities.- By Gerald Gekara.

The squad is rumored to be leading security patrols and surveillance operations, as millions of Kenyans continue to celebrate the Christmas festivities.

The female squad is part of the government’s plan to heighten security across the country, in case of any terror threats.

The Special Weapons and Tactics team is drawn from the Administration Police of the National Police Service. The 48 officers graduated in a colorful ceremony after undergoing a 5-month physical and combat drill training in Ngong.

The team is capable of handling intricate specialized security operations, has been trained in multiple weapons handling techniques including management of improvised explosive devices(IED) and Israeli military self-defense and fighting system, Krav Maga.