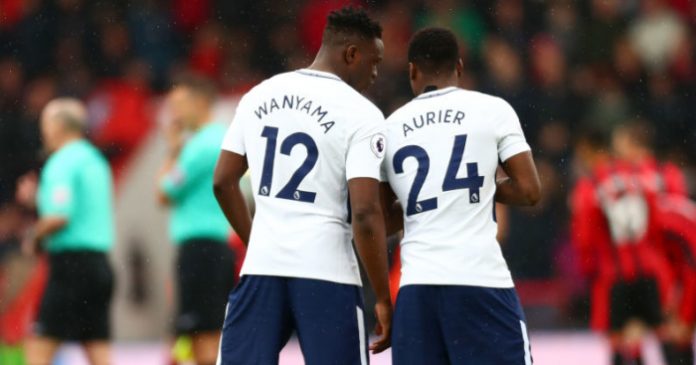 BY HENRY MARETE – It now looks like time is up for a Harambee Stars captain Victor Mugubi Wanyama’s short but eventful sojourn in the English Premier League.

In fact, going by reports in England and Tottenham Manager Mauricio Pochettino’s recent treatment of the powerful Kenyan holding midfielders, we are deep into injury time.

So far in the 2019/20 EPL season, Wanyama has hardly made the bench, and indeed the warning signs were there towards the end of last season, albeit some caused by Wanyama’s injury problems.

The powerful Kenyan midfield enforcer, who has scored some cracking goals for the London-based team since his June 23rd 2016 arrival from Southampton – including a 25-yard wonder strike against Liverpool in February last year whose speed was recorded at 102 Kilometres/hour – has fallen further down Pochettino’s pekking order, more so after the arrival of Tanguy Ndombele from Lyon in the French league.

Alongside Ndombele, Pochettino would rather find space on the 7-man match day bench for either Moussa Sissoko, Harry Winks, Oliver Skipp or Eri Dier, than the 28-year old Kenyan national soccer team captain who has two years left on his 65,000 (Ksh.8M) pound a week, Five-year Tottenham Contract.

He is instead being sold off to Belgian outfit Club Brugge for a reported fee of 10 million pounds (Ksh.1.24B), just a million short of the amount Pochettino used to secure Wanyama’s services from Southampton three years ago.

However, many Kenyans have been left wondering why Tottenham had to wait until the English transfer window closed – Wanyama would arguably have secured another club in the EPL given the high demand for defensive midfielders – only to offload the Kenyan to the less visible, less lucrative Belgian league.

Nasri Out: Legend Hangs His Boots