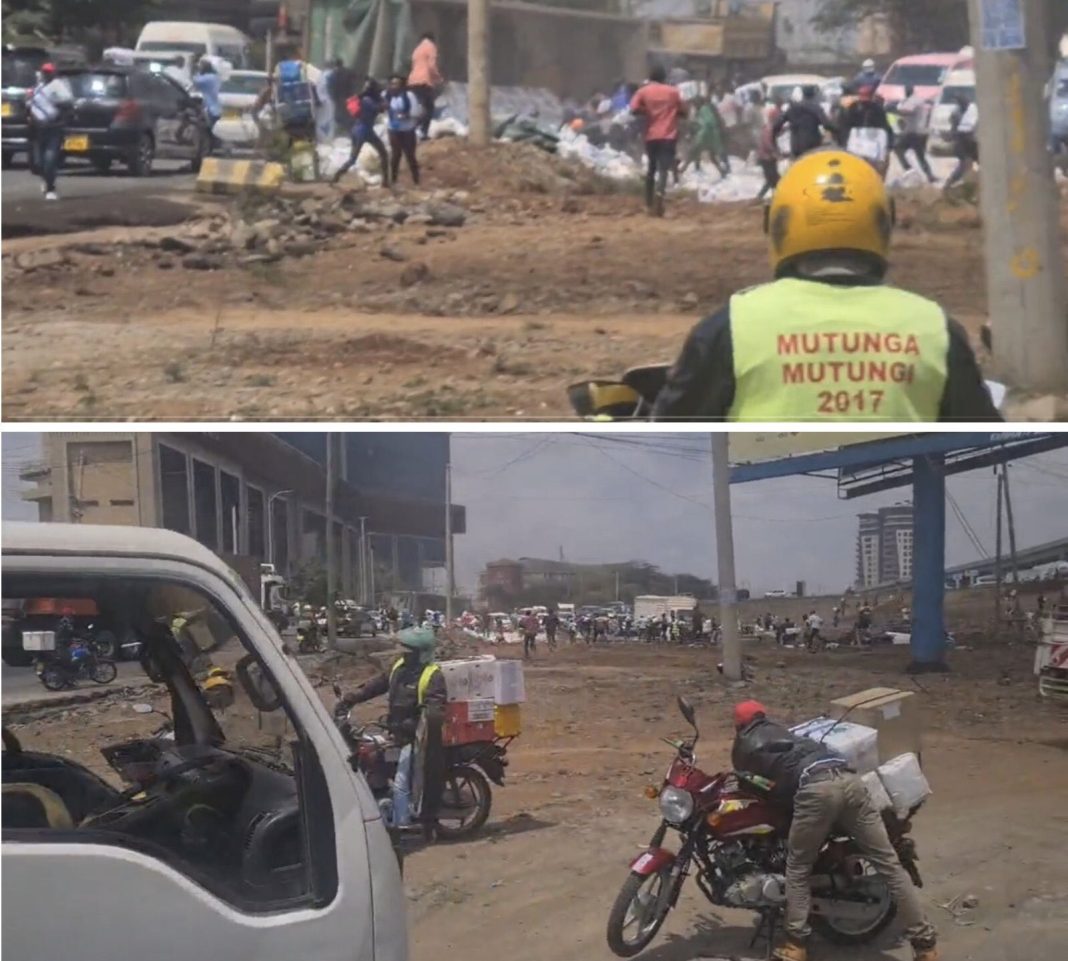 Transport along Mombasa Road came to a standstill for the better part of Friday morning as Kenyans helped themselves to ‘free’ baking flour from an overturned trailer.

The loaded lorry overturned on Mombasa Road near Ole Sereni Hotel just after the Southern Bypass, leaving bales of unga at the mercy of passers-by.

In a video that went viral, Kenyans are seen making off with packets of unga on foot while others were ferrying the stolen merchandise using motorcycles.

In the clip that is now making rounds online, women and children are seen rushing to the accident scene to pick at least a packet of the ‘rare’ commodity.

The melee of people led to massive traffic on the dual carriageway as cars moved at a snail’s pace.

Currently, a 2kg packet of unga is being sold at Sh200 after the government suspended the Sh100 unga subsidy a few weeks ago.