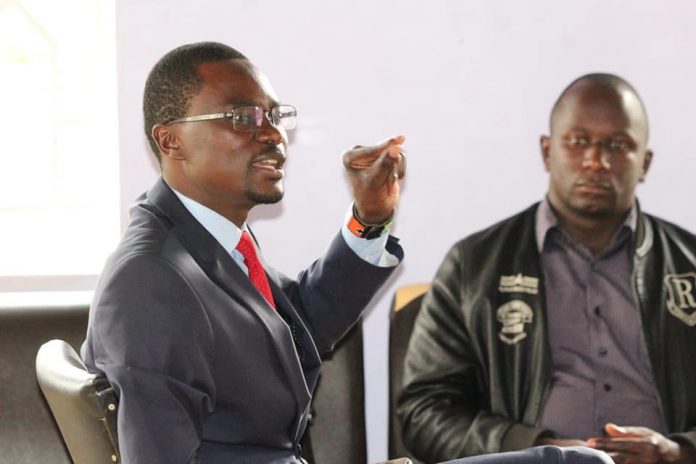 BY PRUDENCE WANZA – Kimilili MP Didmus Wekesa Barasa Mutua has filed an application seeking orders compelling the Secretary of the firearms licensing board to return his gun and renew his firearms certificate.

In a certificate of urgency, Barasa  also wants an order prohibiting the the CS of interior from recalling the two police officers currently attached to him pending the hearing the hearing and determination of the case.
Through lawyer Dunstan Omari, the MP claims that no cause has been given in writing or otherwise which is unconstitutional.
Barasa is apprehensive that the CS is the is the likely cause of the aforementioned actions and is likely to take further actions against him such as withdrawing or  causing withdrawing of his security.

“The applicant has been vetted and cleared multiple times has never been nor is he currently accused of any violations of the use of firearm,” states Omari in the application.

By an oral order at 10 am on 25th April 2019 the secretary neglected, refused and or failed to renew the the Firearms certificate of Barasa.
The Secretary also forced him to surrender his firearm at Kilimani Police Station, a Glock 19 firearm assigned to him.

It is alleged that the actions put the MP’s life in eminent danger as he has been receiving consistent and current threats to his life by unknown assailants.
Barasa was a victim of robbery with violence in January 2019 along Mombasa Road which he would not have survived the ordeal had he not been armed.
The DCI has ascertained the death threats to be viable and active threats.