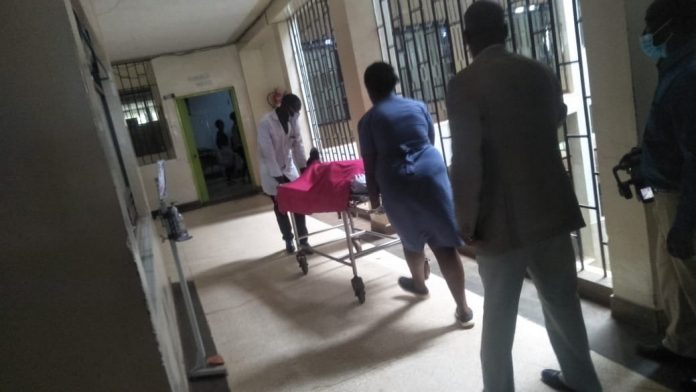 Two Kisii High School teachers are nursing fatal stab wounds after being attacked by a rogue student. – By Gerald Gekara.

The form three student, whose name is witheld, was being punished for being late for the morning preps.

Witnesses say the student turned on the teacher while being punished, stabbing one teacher on the head and arm. Upon seeing the attack, a fellow teacher tried to stop the rogue student but the angry student turned and stabbed him.

The student was taken in to police custody while the two teachers were rushed to the nearby Ram Hospital. Doctors say the teachers are responding well to treatment.

Incidents of students turning on teachers are on the rise after a teacher was recently video-taped fighting with a female student.

Experts have warned teachers against aggression on students who have just come from a year long break. They recommend several episodes of mental health coaching so as to address new challenges.