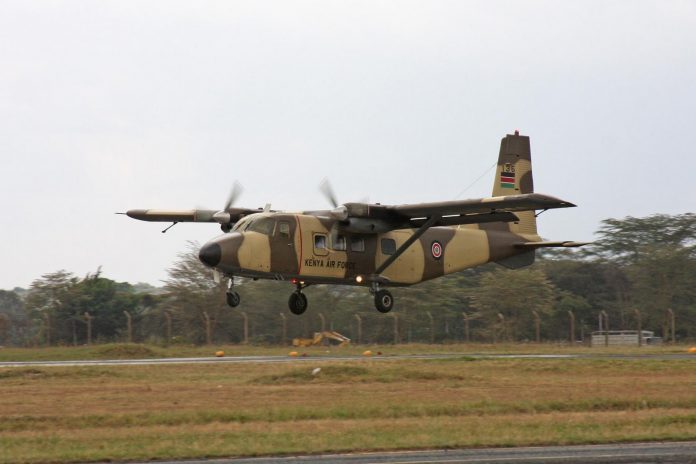 An aircraft belonging to the Kenya Airforce is reported to have crashed in an open ground in Voi, Kenya Defence Forces (KDF) has confirmed.

The aircraft, a Harbin Y-12 military and medical transport jet, crash landed shortly after leaving the Moi Air Base in Eastleigh, Nairobi.

However, KDF did not mention any casualties in the mid morning crash. Sources from within the crash say there could be casualties.

Kenya Wildlife Service as well as Taita County authorities are assisting the military in recovery efforts.