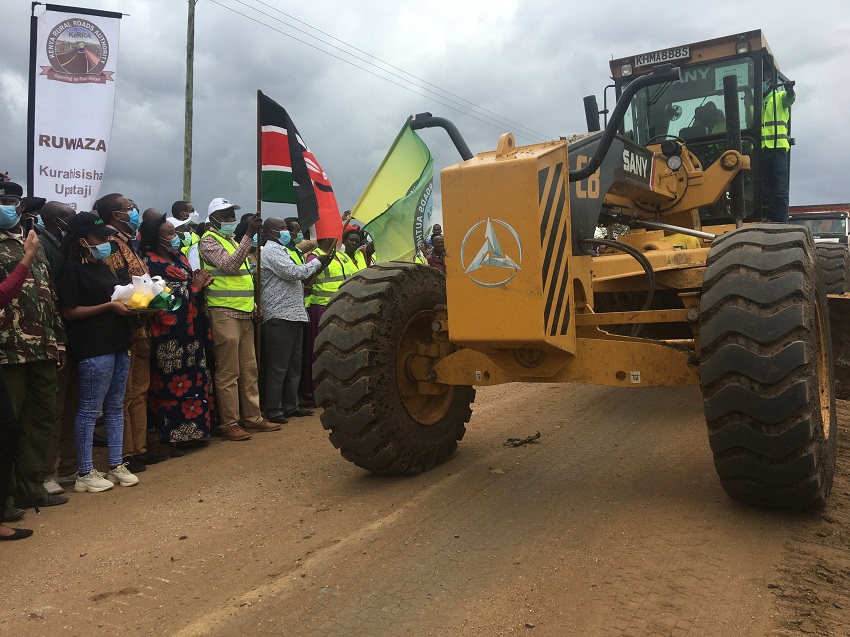 The government has begun work on a 15-kilometer road between Naibor and Illpolei in Laikipia North Sub-county, which would cost Kshs 600 million.

Kenya Rural Roads Authority (KeRRA) Director Eng. Philemon Kandie said during the launch in Naibor, Laikipia North, that the development is projected to be completed in two years.

“We have implemented a policy in this project that we are implementing it in two phases. The construction would span between 24 to 36 months, according to the director, with the performance term aimed at improving road maintenance and sustainability.

Eng Kandie disclosed that plans are in the works to rebuild a piece of road in the area that was built in 2003, as well as to open other major road networks in the area.

“For the longest time, I can remember, this road has been a nightmare. In 2015, an ambulance was swept off by floods carrying a nurse, driver and a pregnant woman who was due for delivery, and to date, we have never recovered their bodies,” the legislator said.