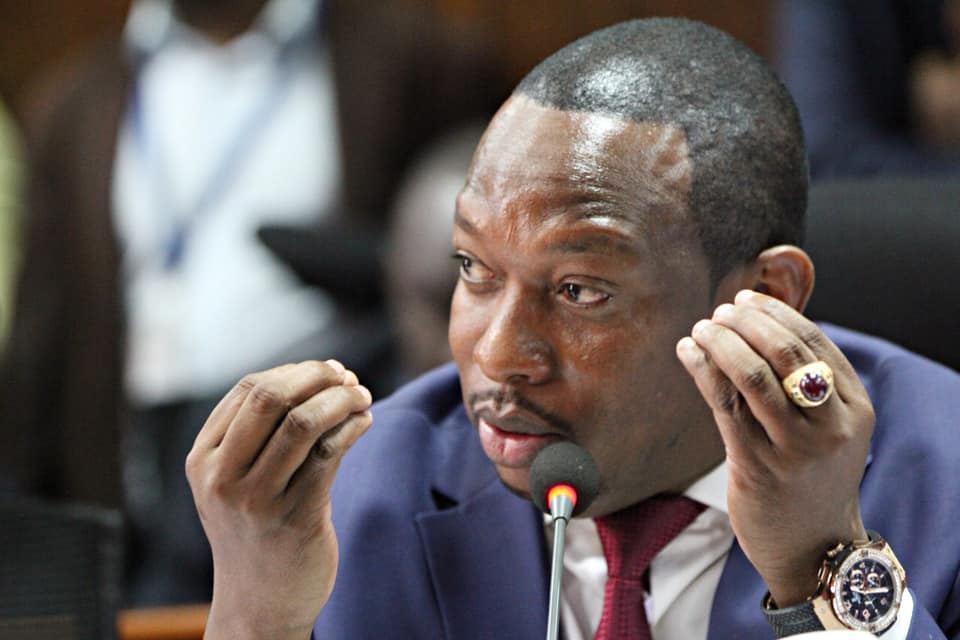 BY PRUDENCE WANZA – A city Lawyer who petitioned the removal of Nairobi Governor Mike Sonko has been ordered to pay the County boss Sh5000 for causing the adjournment of case.

The case was to be heard today on Wednesday but Boniface Nyamu sought for the adjournment, for the second time.
While asking for the adjournment Nyamu told the court that his advocate was unwell.
In a short ruling, High court judge James Makau said that the application for adjournment was unjustifiable. He, however adjourned the case to August noting this to be a very serious matter.
In his petition Nyamu has cited several grounds for Sonko’s removal among them the recent ban on matatus from the Central Business District.
He has also accused the governor of verbally assaulting a Member of County Assembly, recording private phone calls and refusing to nominate a deputy governor.
In documents filed in court Sonko dismissed the petition and termed lawyer Boniface Nyamu application petition as misuse and abuse of court process.
The governor wants the court to dismiss the matter saying that the same constitutes generalized anecdotal allegations that are largely broadside tales that do not have a shred of evidence in the them to sustain either the motion or the petition.
He says that there is no evidence that Nyamu is registered voter in any polling station within the span of the 17 constituencies comprising the Nairobi City County.
“I also have neither proof nor evidence that petitioner allegedly voted for me during the August 8,2017 general elections contrary to his allegations,” said Governor Sonko.
He added that casting of vote is by law secret and lawyer Nyamu is in on illegal streak alleging that he voted for me without proof “I believe that other than the sensational value of this unsubstantiated allegations it beds no evidential value or weight,”.
” I am surprised at the blanket accusations leveled against me by the petitioner in his affidavit. I assumed the governorship of Nairobi City County at a time its management was at an extremely low level and its resources were grossly mismanaged. To date I have never received any firm of inquiry from the petitioner on the state of my government’s efforts to provide the Nairobi City County residents with services, ” said Governor Sonko.
The governor denied allegations that the county government has degenerated in its stature and has not provided any statistical bases , benchmarks or any finding of expertise upon which his allegations can be based as conducive.
Sonko said he has worked closely with all the MCAs within Nairobi County to ensure that all roads and even grabbed roads are opened up, tarmacked and maintained in a reasonable motorable standard subject to the availability of funds.
“I suggest that the court has a locus in quo all avenues and street in the Nairobi CBD. They are all smooth and without potholes. I believe the petitioner has in mind fantastic and imaginary roads when he makes his wild unsubstantiated allegations of the roads within Nairobi City County and the CBD,” added Governor.
He said the lawyer appears ignorant of the division of jurisdiction of roads within Kenya and his diatribe against his government appears to be a misdirected anger against a KENHA.
“The petitioner has no idea of the efforts the county government of Nairobi has so far has made as he has decided to remain ignorant of these efforts by failing to visit our physical offices to make ordinary inquiries or even visiting our website,” said Governor Sonko.
While addressing the allegation on Nairobi traffic , Sonko said the origin and basis of the current traffic congestion is not within his government but of successive previous local government and the national government via the ministry of transport.
The Governor dismissed allegations made in the petition claiming he make’s county decision without public participation and provided advertisements by the County government inviting members of the public to participated in the decision of the county affecting them.
The case will be heard on 8th October, 2019.