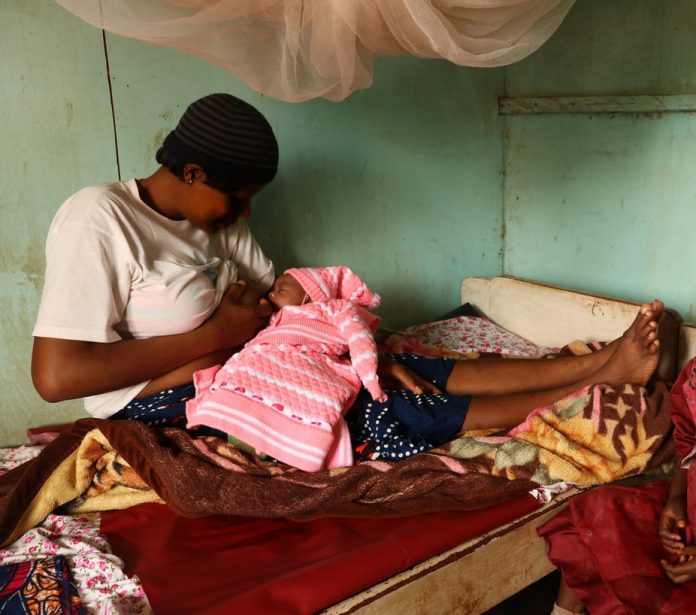 Kenya has, over the past two decades, made tremendous achievements in promoting breastfeeding. The number of babies who were exclusively breastfed rose from just 13% in 2003 to about 61% in 2014.

Breastfeeding is important. It lowers incidences of child illness and death and has also been linked to better outcomes at school. The World Health Organisation recommends that babies be breastfed immediately after they’re born, followed by exclusive breastfeeding for the first six months of their lives.

For over ten years scientists at the African Population Health Research Centre (APHRC), myself among them, have tried to tackle the challenges that still stand in the way of Kenya achieving its national target of getting 80% of women to breastfeed.

To do this, we focused our research on the Baby Friendly Community Initiative. Over the past five years, it’s been rolled out in several counties. The initiative recognises that many women deliver at home and need continued support after delivery.

Our studies, carried out in rural and urban settings, looked into how well home-based counselling worked. The aim was to see where improvements could be made. We also carried out an exercise across Kenya to understand community perceptions on how best to implement the initiative.

We found that the project was a success. Mothers developed confidence and knowledge about breastfeeding and felt supported by the community health workers. These health workers are volunteers motivated by goodwill and recognition for the work they do.

But more needs to be done. It is important to include fathers and others – such as grandmothers and traditional birth attendants – in implementing the project. Also, incentives should be given to community health volunteers to ensure they stay engaged.

Our hope is that the study will inform guidelines being developed by the Ministry of Health for scaling up the initiative.

To test the initiative, we designed a project that involved regular home visits by community health workers during a woman’s pregnancy and until the baby was a year old. It was implemented in two low-income settlements in Nairobi for almost two years.

The health workers taught mothers about nutrition, the immediate initiation of breastfeeding after birth, breast positioning and attachment and the importance of exclusive breastfeeding. Workers also explained how long and often they should breast feed for, how to express breast milk and how to store it.

It was hugely successful. Exclusive breastfeeding rates for the baby’s first six months rose from 2% to 55%.

The intervention also worked in rural areas. We implemented the study in Koibatek – a rural area in the Rift Valley area. Over 87% of the mothers who received counselling breastfed exclusively for six months, compared to 43.8% at control sites.

In addition to these two studies, in partnership with Kenya’s Ministry of Health, we conducted an exercise across the country to get insights into what communities thought was the best way to implement the Baby Friendly Community Initiative and what the role of different stakeholders – like fathers, grandmothers, community leaders, traditional birth attendants and community health volunteers – should be.

The key lesson was that consistently supporting mothers to breastfeed through home-based personalised care worked. This was partly because the health workers came from their community and so the women trusted them more. The health workers were also more accessible than other health care providers, like hospital nurses.

When it came to the role of the different stakeholders, the community suggested that fathers and other key influencers of infant feeding – like grandmothers, traditional birth attendants, and community leaders – should be involved in implementing the initiative. They also suggested that community mother support groups be formed.

But a major challenge in scaling up the initiative is how to embed the programme into Kenya’s health care system, working with existing resources and within existing structures.

The initiative is a low-cost intervention, as the community health workers are volunteers. This is great in resource-constrained situations – but it also raises a problem: the community health volunteers often lose motivation. We suggest that they be supported through income generating activities such as farming or bee keeping, as was the case in the Koibatek study.

There are also questions of workload and how much more the community health workers can take on.

Once these issues are ironed out, the low resource requirements of the initiative should make it interesting for other African nations. In the future, we plan to translate the learning from Kenya to other countries in sub-Saharan Africa.

Milka Wanjohi and Florence Sipalla, from the African Population Health Research Center, contributed to the writing of this article

How The Pandemic is Hurting University Students’ Mental Health