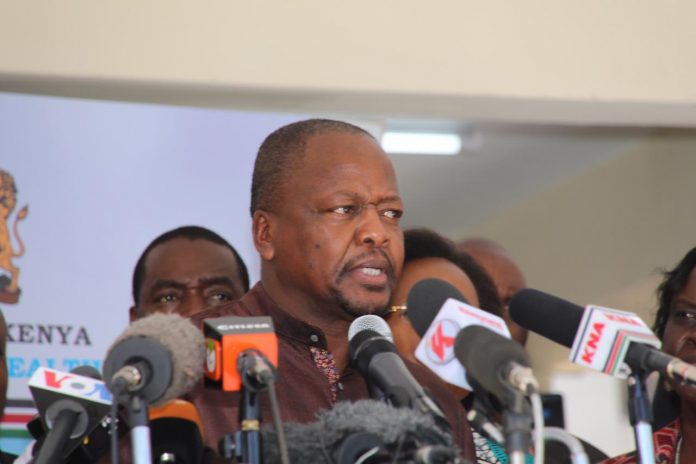 Mutahi Kagwe announced that the additional cases had been in contact with those who were earlier confirmed to be positive.

The CS announced that Seven Kenyans and two foreigners comprised of the new cases, with more than 700 traced contacts who the government is looking into.

The state official expressed his disappointment in a section of Kenyans who he says, are taking advantage of the situation to milk Kenyans dry.

After the news report on the Kenyan nationals were being charged higher costs while they self-quarantine, Mutahi scorned the hoteliers urging them to provide assistance at the cheapest cost.

While responding to a concern that children appeared to be roaming the streets as though they were on holiday, CS Kagwe reprimanded parents urging them to protect their families.

“We are suffering from cases of indiscipline and this is going to cost us. It’s a grave mistake exposing children whom we sent home for safeguarding. We want responsibility among Kenyans… Children were sent home for protection and not for holiday.” CS Kagwe asserted.

READ  Kenya declares war, no movement in and out of Nairobi and Coast province

President Uhuru presides the launch of Stawi, a Loan app to...

Uhuru calls for deeper bilateral ties between Kenya and Rwanda