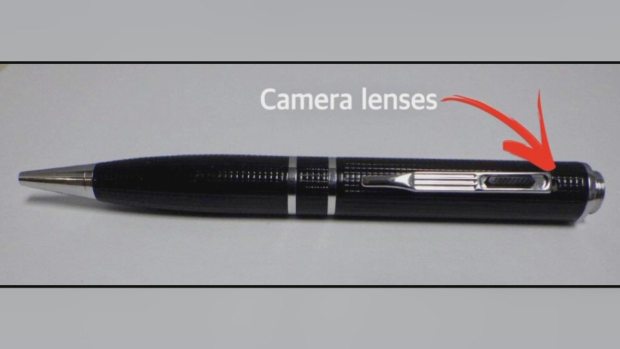 A Delaware man has been charged with spying on victims at the King of Prussia Mall’s changing rooms using disguised pen cameras.

One of the pens may be seen here.

Two were discovered in all. One was in the Hollister changing room, while the other was at Urban Outfitters, according to authorities.

Joseph Stevenson, 26, of Smyrna, is the suspect and is out on bail.

All of the victims that Stevenson reportedly spied on have been contacted, according to police.

Officers spoke to Urban Outfitters management who told them that an employee had an identical pen while checking store fitting rooms. The camera located in the Hollister store contained images of six females and one male.

These subjects were depicted in various stages of undress while trying on clothing, police said. All seven people have been identified and are aware of this investigation.

The camera placed in Urban Outfitters had images of two women on it.