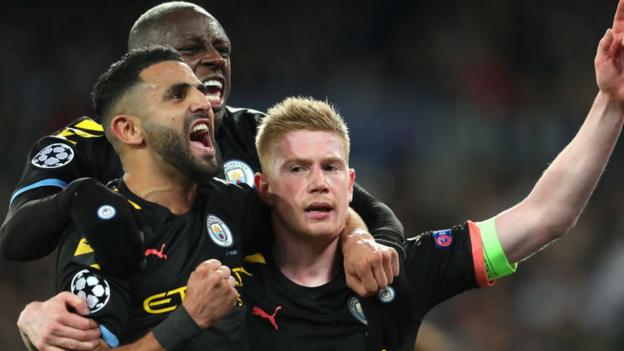 Manchester City’s biggest result of the season will be revealed on Monday, with the club’s Champions League place – and reputation – at risk.

At 09:30 BST, the Court of Arbitration for Sport (Cas) will announce its verdict from the three-day appeal hearing that took place in June into the “serious breaches” of Uefa’s financial regulations City were found guilty of in February.

The best-case scenario for City is that they will be cleared of all charges and their two-year European ban will be overturned. And on Friday, manager Pep Guardiola said he was “so confident” of a successful appeal.

But in the worst-case scenario, Cas will have found City deliberately cheated the system and the suspension will stand, shredding the club’s reputation and keeping them out of European competition until 2022-23.

There are plenty of shades of grey in between and the key points will be contained within the explanation for the verdict that will come with Cas’ decision.

On 14 February, the independent Adjudicatory Chamber of Uefa’s Club Financial Control Body (CFCB) said City had broken the rules by “overstating its sponsorship revenue in its accounts and in the break-even information submitted to Uefa between 2012 and 2016”.

It added that City had “failed to cooperate in the investigation”.

City were banned from European football for two years from next season and were fined 30m euros (£26.9m).

City said they had not received a fair hearing and lodged an appeal to Cas.

There are a number of different outcomes, including a reduced, partially suspended punishment.

The Premier League will also be interested in the outcome as their own FFP rules are similar – but not exactly the same – as Uefa’s.

The club was insistent that the evidence on which the case was based – thousands of leaked emails – represented an “organized attempt to smear the club” and reacted to their two-year ban by saying the process that led to it was “flawed” and “prejudicial”. So any stain on their reputation would be an embarrassment.